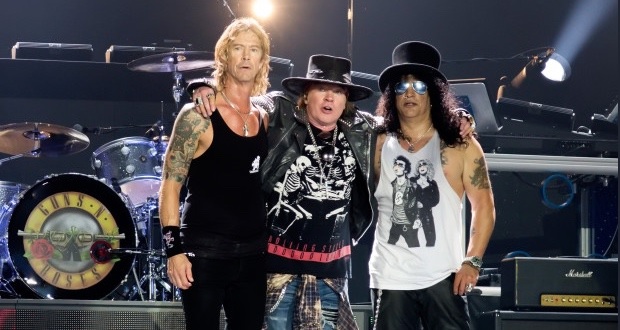 If Ozzy Osbourne himself wasn’t exciting enough for next year’s Download –  Both Avenged Sevenfold and Guns N Roses have been announced as for the 2018 festival.

Although Guns N Roses have played Download Festival in 2006, this is the first time the ‘classic’ line-up including Slash, Duff McKagen et al, have played Donnington Park since 1988 (as part of Monsters Of Rock).

This will be the third time for A7X playing Download, and their second time headlining.

No other acts have been announced yet, but there are sure to be many names announced in the coming weeks. This  follows the news 2018 will also see the first Download Australia in Melbourne, rumoured acts include Limp Bizkit, Foo Fighters and Ozzy Osbourne.

Keep your eyes on RAMzine.co.uk for upcoming news on Download 2018 and everything rock and metal.