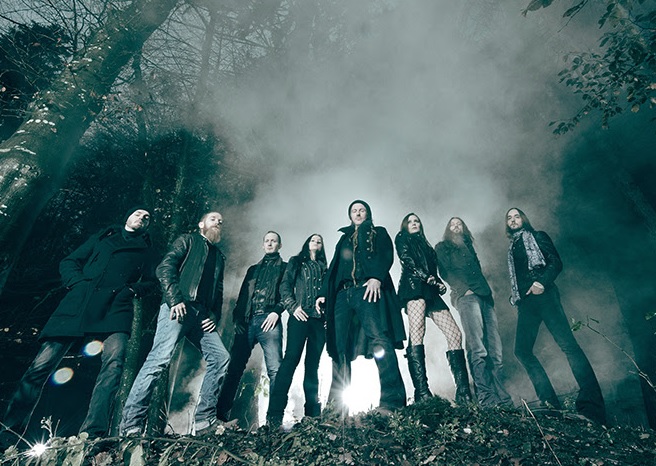 Swiss folk metal pioneers ELUVEITIE are set to release their new offering ‘Origins’ on the 4th of August and in anticipation of the band’s sixth studio album, they have posted new track ‘The Call Of The Mountains’, watch here:

ELUVEITIE have also recently premiered the official video for the new track ‘King’. Check it out here:

The band commented: “We are excited and proud to present to you ‘King’, the first video for our new album! Produced with AVA studios in a very fitting, beautiful nature setting, the clip focuses on what we’re all about: the musicians, the instruments, the music. Both the song “King” and our new album “Origins” are the result of our journey of the past 10 years and the symbol of who we’ve become. We can’t wait to read what you think in the comments!”

“’King’ tells the story of an impressive and legendary character in Gallic history: The high king Ambicatus. We tried to capture the vehemence, the power and the majestic grandeur of this historical figure with our music but also the mythologically strong character of Ambicatus’ comes into effect. The song presents itself just as mightily as the illustrious leader: ‘King’ is a very folky, mid-tempo track and just grooves intensely – especially the instrumental part where the song goes all out. Pure fucking folk metal! I hope you like ‘King’ just as much as we do!“

Origins was recorded at the New Sound Studios in Switzerland with producer Tommy Vetterli (KREATOR, CORONER) and features artwork by the band’s frontman, Glanzmann.