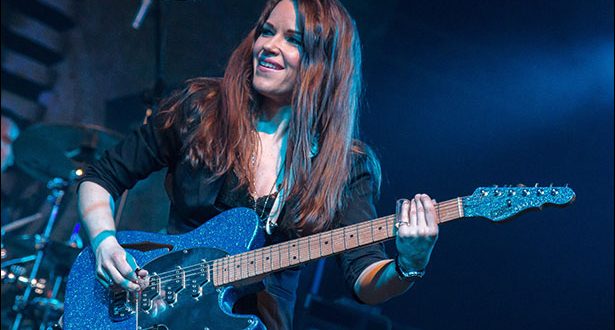 Award-winning Finnish slide guitarist and singer-songwriter, Erja Lyytinen has announced that she will return to the UK for more dates this September as part her Stolen Hearts tour.

Her Stolen Hearts album has received a strong critical response. It was mixed by, and vocals recorded by Chris Kimsey (The Rolling Stones, Bad Company, Marillion, Peter Frampton).

Tickets priced at only £12.50 can be ordered from the debit/credit card hotline number on 01472 349 222 (between 9am-5pm),  www.solidentertainments.com, and directly at venue box offices.