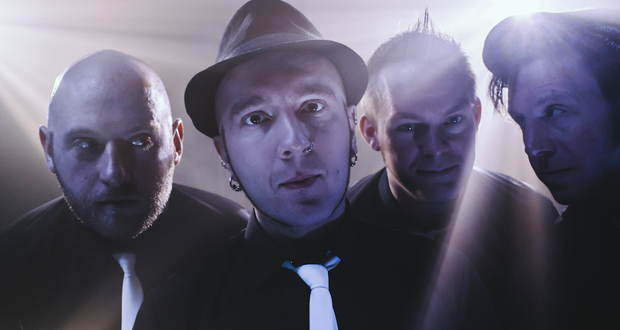 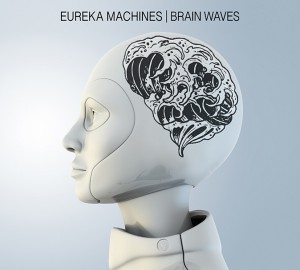 Eureka Machines have announced the release of their fourth studio album ‘Brain Waves‘ for Monday 27th April. The power pop four-piece’s latest offering comes off the back of a crowd funding effort that saw them hit their target in a mere 80 minutes, and doubling it in two days. Currently there are over 1300 pre-orders from the Leeds based rockers dedicated fan base. This is their second successive album driven through Pledge Music with ‘Remain in Hope’ hitting five times the intended target and has seen the band receive rave reviews from the mainstream media and having high profile support slots to Gogol Bordello, The Stranglers and Electric Six

With a dominating theme of mental health issues running through the album, Eureka Machines are donating 10% of the money they raise through the project to mental health charity MIND.  Currently the amount raised is in excess of £3500. Singer/Guitarist Chris Catalyst says of the album, the fans efforts in funding the project and the work of MIND – “It means everything. In the grand scheme of things, we are a tiny, totally DIY band, but the people that care about us really care. That means far to us more than having a million people who simply ‘quite’ like us,” he says. “People parting upfront with their hard-earned cash to fund our records – especially in the current climate – is a huge deal to us, and we try to repay them ten-fold. It’s a two-way thing. They pay and we graft, for them. And for MIND, who do amazing work for those suffering with mental health issues.”

Meanwhile the cult punk rockers have released a video for upcoming single ‘Welcome to My Shangri-La’ from new album Brain Waves and can be viewed here:

Finally Eureka Machines are hitting the road in April and May

Friday 1st May – The Moorings, Aberdeen

Friday 8th May – The Parish, Huddersfield

Saturday 9th May – The Adelphi, Hull

Saturday 23rd May – The Roadhouse, Manchester

Friday 29th May – The Firebug, Leicester