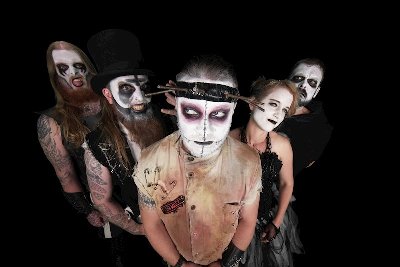 Evil Scarecrow have a new single out by the spooky handle of ‘Polterghost’.

It is the second release from their forthcoming new album Chapter IV: Antartarctica that’s due out on the 28th September.

Vocalist/guitarist Dr Hell promises of the release: “More silly nonsense, made up words and surreal madness, combined with our love of huge, epic, heavy metal sounds. We’ve poured our heart and soul (and probably some bodily fluids) into this record.”

Evil Scarecrow have also released a video for ‘Polterghost’ that you catch here at Ramzine and they commence the second leg of their Lost in Antartarctica in October, dates of which you can find by clicking here.