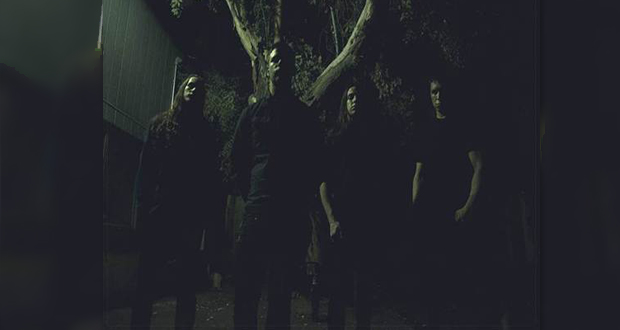 Prog-death metal band Fallujah, have announced they are in the process of creating the follow up album to ‘The Flesh Prevails‘ which went down a storm at release winning many spots on ‘best of 2014’ listings for multiple metal outlets. Although the current studio work has no working album title yet, they are set for mixing and mastering over the next month with a promising release expecting in the first half of 2016.

The upcoming album is expected to continue where the last album left off, bringing a more technical and challenging music to the death metal world. It will also carry on with ‘The Flesh Prevails‘ successes by carving a new approach into the melodic and atmospheric side of death metal which has already attracted plenty of attention and fans to Fallujah already.

Vocalist Alex Hofmann had these words to say:

“We took a considerable amount of time off this year aiming to make not just a new record, but one that sets a new bar for not just ourselves but the genre as a whole. As we begin to enter the studio, we all agree that we’ve achieved exactly what we set out to achieve. We also have two of the best minds in the game right now (Zach Ohren and Mark Lewis), working together to make this record the best sounding Fallujah release to date. There is a lot of stuff heating up right now, including new tours for 2016, and we couldn’t be more excited! Stay posted.”

Track ‘Sapphire’ taken from ‘The Flesh Prevails’ can be listened to here.

Along with the news of the studio work, Fallujah will be following up with a small number of UK shows in December, links to ticket outlets are available by clicking on the below dates: