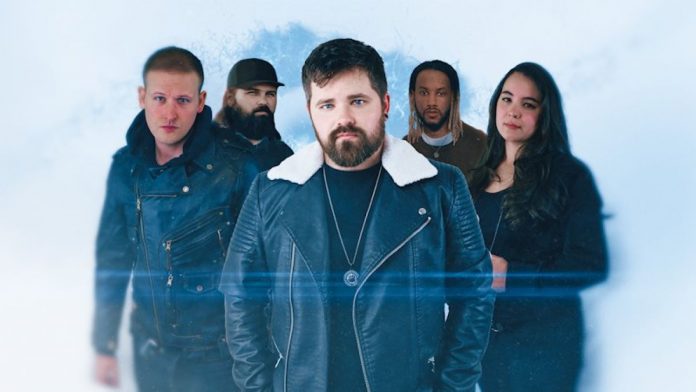 Five-piece mid-west rockers Fight The Fade’s debut album Apophysitis will be out on 22nd July via FiXT, and ahead of that is new single in ‘Revival‘.

“‘Revival‘ is a song about rediscovery and realising you still have worth. It’s easy to feel chewed up and spit out by this world,” said the band. “This song hopefully serves as a sort of wake up call that no matter how beat up you find yourself, today is a new day. You can take back your life, and you can be revived.”

‘Revival‘ can be obtained here.

Apophysitis is said to feature 14 ultra-catchy tracks including a turbulent ‘Cut & Run’, defiant ‘Matter Of Time’, emotionally riff-heavy ‘Composure’, and a savage ‘Buried’, and a one stop shop for the signature heavy-hitting edge that fans love about the band.

Known for pulling together influences from rock, metal, and electronic music, Fight the Fade has forged a sonic identity that wraps heartfelt lyrical themes within a robust production style and delivers them with nuanced and diverse writing approaches. The band’s work ethic and innovative blend of genres led them to an album deal with independent electronic rock label FiXT in late 2020, with Fight the Fade releasing singles throughout 2021, leading to the full-length album Apophysitis that will drop in 2022.

Apophysitis can be pre-ordered here.

Regarding the band’s previous single ‘On My Own’ the band said:  “‘On My Own’ is for anyone who’s tired of putting themselves out there just to get burned,” stated Fight The Fade. “Everyone deserves a second chance, but there are times where it’s okay to walk away and be on your own.“

Previous to that was alternative metal single ‘Where You Go I Go’ that is still also available on all digital platforms, and you can also check out the video for all three singles here at RAMzine.