Flotsam And Jetsam – Brace Yourself! 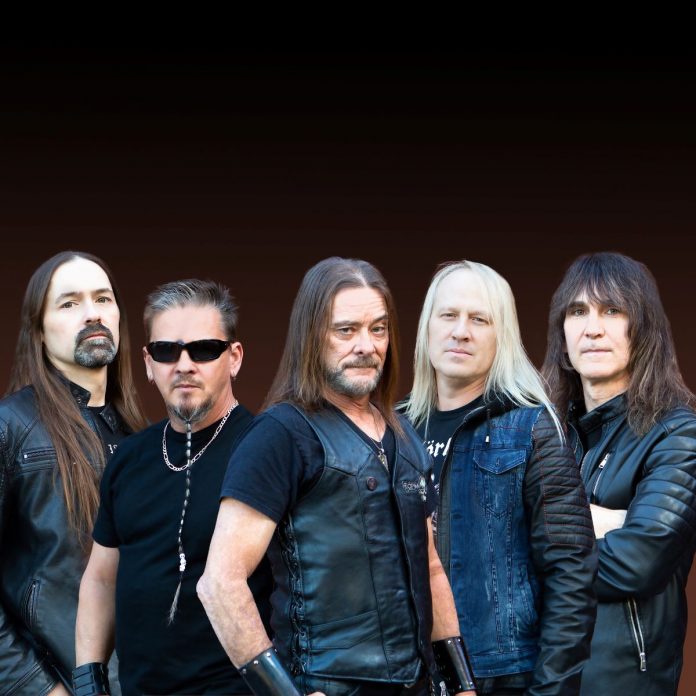 Thrash metal veterans Flotsam And Jetsam released, their latest studio album, Blood in the Water through AFM Records. Preceded by the the release of two singles, Brace Yourself’ as their latest one.

You can check out the videos for them all right here at RAMzine.

“This last year was a very different year for many of us, and we will say that the tragedy and difficulty had an impact on this song and this new album,” said drummer Ken Mary. “’Blood In The Water’ is one of the most aggressive Flotsam songs ever, but that wasn’t planned. We just tried to pour everything we were feeling into each song. We didn’t want to analyse it or qualify it, and we just let the song be what it was going to be. What you’re hearing is the result of what I’d say is the closest you can get to looking at the inside of Flotzilla’s brain!”

It’s been 35 years since Flotsam And Jetsam, formed in Phoenix, Arizona, USA released their landmark debut, Doomsday For The Deceiver, the only album to ever receive a 6K rating from the influential British magazine Kerrang! Bassist Jason Newsted would jump ship to Metallica while the band released No Place for Disgrace in 1988, Cuatro (1992), Drift (1995), High (1997), and My God (2001) all still rankimg extremely high in heavy metal circles.

But it was the first part of this unofficial trilogy in 2016’s self-titled Flotsam And Jetsam, followed by crushing 2019- successor The End Of Chaos, that a certain rejuvenation and reset was clearly felt. Fast-forward five years to a planet that was forced to its knees and they’re about release Blood In The Water.

Blood In The Water has been described as a “complete musical mayhem with a crushing, rolling, and aggressive attack that will knock you down”. New and old-school thrashers alike should enjoy the sounds on offer.

“We really had a hell of a time figuring out which songs to actually include in this album, because we don’t feel we had any fillers,” said guitarist Steve Conley.

When asked about why the band’s sound has much heavier on recent albums felloq guitarist guitarist Michael Gilbert said: “I don’t want anyone feeling we are getting fuck**g old. As long as we continue doing this, we are gonna bring it. Our sound changed through the years influenced by many factors, but what you are listening to now is who we are and will continue to be.”

“The recording of this album was very much a natural process, we really worked together as a team to make sure that everything that needed to be on the record, was indeed on it. I haven’t listened to it for a while and I went back and listened recently, and it really gives the impression that we are really angry,” added drummer Ken Mary.

The band is rounded out by bass player Bill Bodily and singer Eric ‘AK’ Knutson who noted: “We’ve seen our fan base increasing, and we’ve seen the response to the last two albums getting louder and louder. We have some of the most committed and crazy fans in the world. We charted higher on our last album than at any point in our career. Maybe our career path will run similar to Motorhead’s, who although was always considered iconic, didn’t really breakthrough in a big way until later in their career. We feel our time is now… We’re like that dog that’s been kicked…We’re ready to break the door down and take what’s ours.”

Mixed and mastered by Jacob Hansen(U.D.O., Volbeat, Amaranthe, Powerwolf), Blood In The Water features the tracks: ‘Blood In The Water’, ‘Burn The Sky’, ‘Brace For Impact’, ‘A Place To Die’, ‘Walls’, ‘Cry For The Dead’, ‘Wicked Hour’, ‘Too Many Lives’, ‘Dragon’, ‘Re-aggression’, ‘Undone’, ‘Seven Seconds’ and ‘Til The End Of The World’.

“Following up The End Of Chaos was no easy task.” Gilbert added. “We weren’t really sure what we had left in the tank, as we put so much work, sweat, and blood into that album. As it turns out, we had plenty left to say. With everything that’s happened in the world, the friends we lost this last year, and not being able to perform or tour… you hear all of that in our music. It’s angry, it’s aggressive, and our emotions pour out all over this album.”

Blood In The Water is available in several CD, vinyl and digital configurations and can be ordered by clicking here.