Dave Burn proves Nothing Is As It Seems 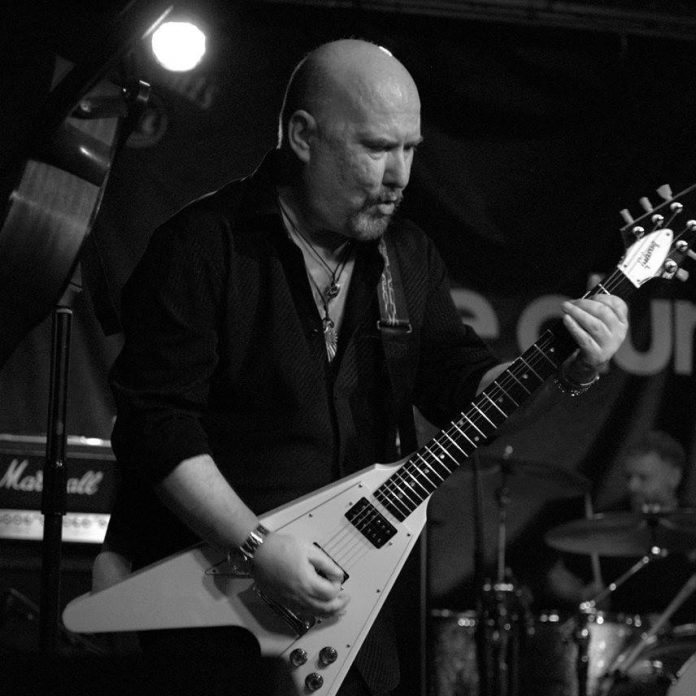 Fellow North Easterner, Dave Burn, may be a new name to some, but there is a high chance that you have heard him: he was a guitarist in the Paul Raymond Project until Paul’s sad passing in 2019, and has graced seventeen solo albums. He’s joined on this album by vocalist Lee Small who’s best known as the frontman for Lionheart and even did a stint with The Sweet on bass and vocals. This new release is called Nothing Is As It Seems

Imagine Yngwe in a restrained, less widdly mood (difficult I know) with Doogie White on vocals or Alcatrazz without Bonnet and that should give a guide of what to expect from this classy guitarist and vocalist. ‘Right of Passage’ is the former and ‘Darkest Hour’ the latter with a definite No Parole feel…and that’s a compliment. Take the two instrumentals as well: ‘Hit The Ground Running’ begins with a Purple like intro before the guitar sings the verses, chorus and solo. Similarly ‘Boat To Samarkand’ has inherent melody, albeit slower, and brings a bluesiness to the table and that’s always welcome.

Elsewhere, the acoustic/electric ‘Into The Light’ brings out emotions in both Dave and Lee that are sheer quality. ‘Understand’ is an MSG like epic, while ‘Made Of Stone’ is archetypal British rock; a sort of Priest/Bonnet amalgam that works a treat. ‘Always’ is a paradox; the rapid drums belaying the gentle melodic vocals and guitar.

Throughout the record, Dave is a technical, melodic and skilled player and doesn’t fall into the trap of trying to fit as many notes as possible so that it all becomes a meaningless blur; along with Lee what we get is solid hard rock that may echo some, but remains original. A thoroughly enjoyable heavy rock album delivering a dozen quality songs with strong vocals, great guitar playing and no guitar wankery!