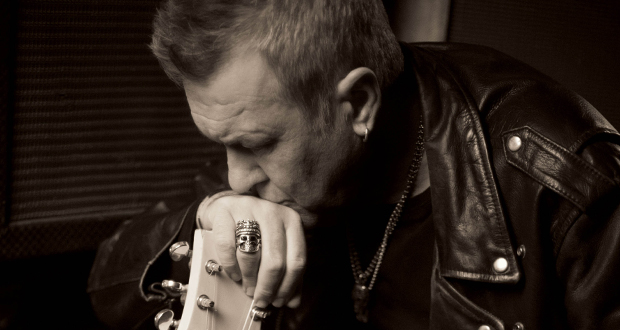 2014 marks the 30th anniversary of former Cold Chisel lead vocalist Jimmy Barnes’ debut as a solo performer and to celebrate this extraordinary milestone, he has recorded Hindsight, his 15th studio album, now available in the UK from Provogue Records.

Hindsight recently debuted at the top of the Australian album charts, firmly cementing the Scottish-born singer’s place in Australia’s rock music history books, chalking up his fourteenth number one album there, ten earned as a solo performer and four from his time in Australian rock band Cold Chisel. The album has been released in the UK on limited edition 180 gram double vinyl (1,000 copies only), CD and digital download.

Songs featured include ‘No Second Prize’, ‘Working Class Man’, ‘I’d Die To Be With You Tonight’ and  ‘Lay Down Your Guns’. “These songs are important to me – I wouldn’t go out there and change the essence of the songs,” said Barnes “But I didn’t bring in all these great artists to tell them what to do.  I’m actually working with them because I’m learning from them. It was like, ‘What are we going to do with this and have fun with it?’ They sound like new songs now and they’re fresh to sing.”

‘Lay Down Your Guns’ is the first single taken from Jimmy Barnes’ Hindsight and in celebration of his 30th anniversary as a solo rock/blues singer, RAMZine in association with Provogue Records and Noble PR, is pleased to offer visitors to the website a free MP3 download of the single.

T o download ‘Lay Down Your Guns’ use the following code: http://emailunlock.com/mascotlabelgroup/jimmy-barnes-lay-down-your-guns-w-the-living-end