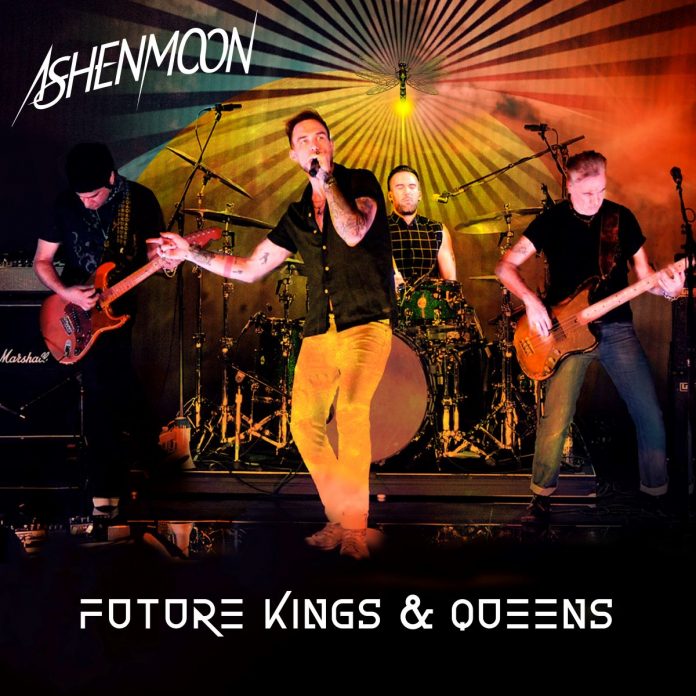 “’Future Kings and Queens’ is an awakening for those ready to make changes in the world’s current climate – spiritually, politically and environmentally. In particular we call upon the youth to fight for their beliefs, be brave and step into their future with power and love,” stated AshenMoon collectively.

Check out the song right here at RAMzine.

The band previously released a double A-side single featuring the songs ‘Dustbowl’ and ‘Mosquito’ – In fact they followed the hit rock release with acoustic versions of both. Then, following that they brought out an official music video for ‘Dustbowl’ that you can see right here at RAMzine.

Filmed in the middle of the COVID-19 Crisis, the ‘Dustbowl’ takes you on a scenic journey around deserted Los Angeles during isolation. AshenMoon members navigate their way through the deserted landmarks to find each other for a rooftop live performance. The standout shot captures LA Live & The Staples Center eerily empty. The message behind the video is if we don’t look after the planet, our cities will become dustbowls.

The track itself, a kaleidoscopic view into a world of confusion and division. A message for individuals to trust in their path and journey into their inner-self to separate from an unbalanced climate. It is an escape, “Close your eyes, our only hope is sound”. You can stream/buy it here.