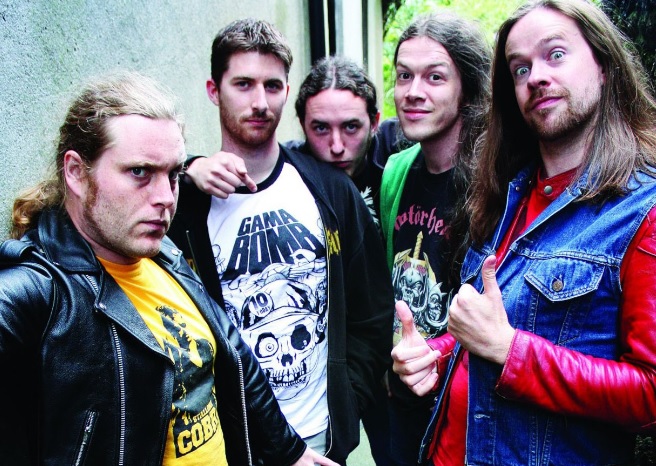 Irish thrashers Gama Bomb have released a brand new video with a twist!

The footage for Sh*tting yourself to live was shot entirely from fans’ camera phones at a recent gig in their hometown of Dublin. Singer Philly Byrne commented:

“We wanted to do something that involved our fans, something different…So I thought inviting them to shoot the video was a cool way to involve them. We got a gang of hardcore fans into a warehouse one weekend, played a bit of pool and bashed through the song while they filmed it.”

The end product was an intense, 36 second clip which you can check out below!