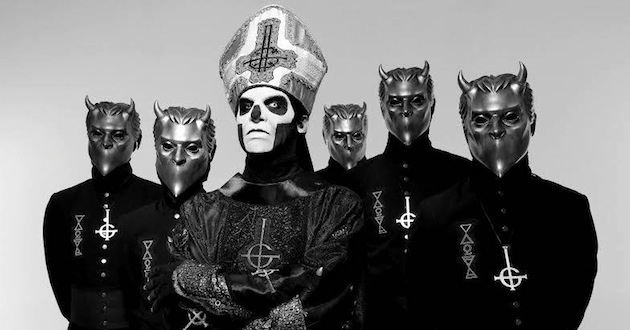 Although it was dismissed as an April’s Fool joke this weekend – Sweden’s finest, Ghost, have been announced as the final headliner of this year’s Bloodstock festival for Saturday night.

This is Ghost’s first ‘ritual’ at Bloodstock. A Nameless Ghoul said:

“We are absolutely chuffed to finally be playing at the classic BLOODSTOCK.  Over the years we have heard so many great things about it and now, to be able to headline one of the nights, is a great honour and we are very much looking forward to it.  Thank you all and see you there!”

Ghost are currently on their UK tour promoting the EP ‘Popestar’. Check out thetrack ‘Square Hammer’, from the EP, below: