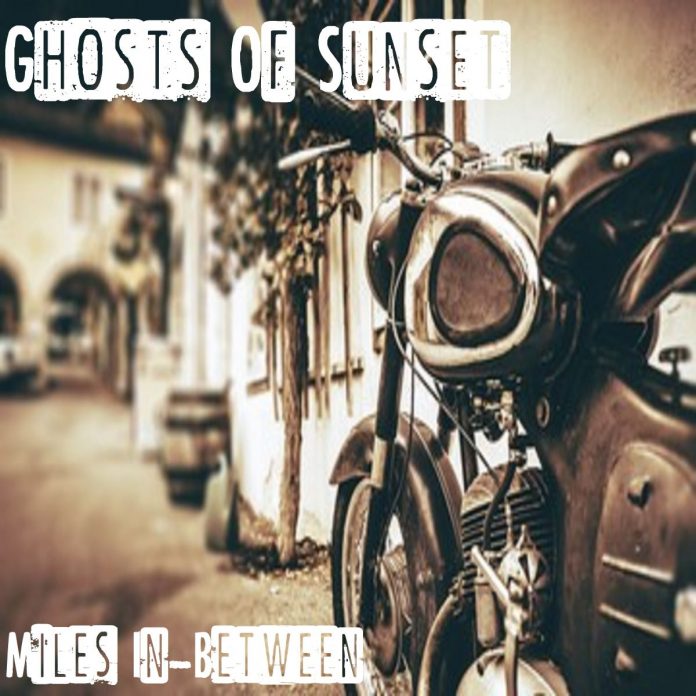 Ghosts of Sunset is a musical project put together by singer/songwriter John Merchant and singer, songwriter, and multi-instrumentalist Todd Long, the pair having had a 30 plus year making music for both the major record labels and independents.

Their upcoming EP Headed West tells the story of a fictional midwestern band and traces their move to Los Angeles, their rise to national touring artist and their decline as tastes and the industry itself changes. The story which has become common fodder for TV shows such as Behind the Music spoke to both Merchant and Long who came of age during the golden era which became known as “hair metal”. A term that speaks to what many viewed as being focus on style over substance.

To make the record a cast of musicians with their roots in the 1980s hard rock/hair metal scene were brought in. We’re talking musicians with resumes that include L.A. Guns, Ratt, Enuff Znuff, Kix, Lita Ford, and more. Renowned producer Adam Hamilton (Missing Persons, L.A. Guns, Vains of Jenna, William Shatner, David Hasselhoff) was brought in to mix and contribute keyboards.

The EP will be released globally by Golden Robot Records, presenting the songs in chronological order and the listener not only takes the journey via the lyrics, but also in the production style and writing maturation process. As the six song EP moves along, the tone darkens, the themes reflect the bands disillusionment before ultimately circling back to making music for the “love of the game”

Their first single ‘Miles In-Between’ harkens back to the glory days of hair metal, its intent to take you back to when the Sunset Strip was the place to be.

“The story behind Miles In-Between is once you’ve signed the big record deal, it’s time to take it on the road and share it with the world. The road is unrelenting. It changes lives, crushes relationships and can lead a trail of career ending destruction,” commented the Ghosts of Sunset pairing.

You can stream/buy ‘Miles In-Between’ here and check out the lyric video here at RAMzine.

They followed that up with ‘Never Goodbye’ regarding which Todd Long said: “What do you do when your shelf life is up and the writing is on the wall? You have to go back to your roots and find your true self! You just say goodnight, never goodbye!”

You can listen/order the single by clicking here and watch the video for it right here at RAMzine.