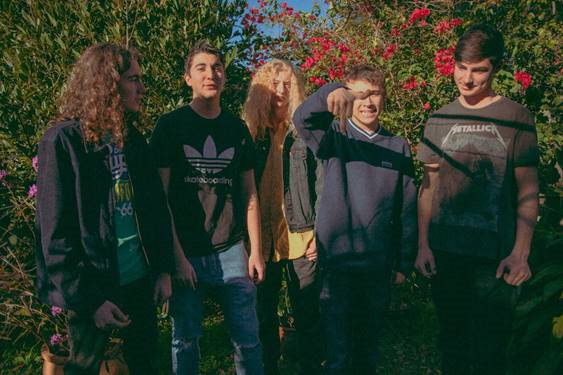 The Kids describe them well, a bunch of Aussie lads no older than around 17. But don’t let their age fool you, these young punks deliver rage fuelled tunes inspired by the finest who’ve strode the punk ad grunge scenes previously.

In reinventing punk rock for a new generation, they maintain the rebellious streak the genre is known for, while modernising it through their youth.

As examples of this, take their most recent singles.

Out now, ‘Go Back To Canberra’ has been described as having all “the melody of a shark alarm”. It’s a dogged no-nonsense song, an attack ode to the bleak and oppressive landscape of Canberra. “A city that undeservedly is the epicentre of Australian democracy, home of weak-willed politicians, bank rolling a nation into mediocrity,” according to the band.

You can check that out via the video, created by Pinebox Clothing, here at RAMzine, and if you like what you here stream/buy it here.

Likewise, at the tail-end of last year, they got in the festive spirit by dropping a somewhat different single.

“‘My Shitty Xmas’ is the harsh truth of what Christmas is all about, for poor kids and even the rich kids. That sense of magic within the day will always seem to disappoint as you grow older.  But that feeling of being a child who always looks forward to the day, as every child in the world loves Christmas, seems to never die out but the expectations grow lower. But other than that, this song is a piss take, a crappy but well-constructed punk song with a catchy hook which is unfortunately very Christmassy.

“It has lyrics about the stereotypical situations of living in the slums and celebrating the day. If it’s either financial problems, an alcoholic mother, or an abusive father. Whether the lyrics are comical or not, there is aspects of the song that everyone can relate too. Even if it’s just being a spoilt little bitch not getting your BMX on Christmas,” said Kids‘ band member Jagger Alexander-Erber.

Both records are available through Riot Records. ‘My Shitty Xmas’ is available on iTunes by clicking here and you can steam/buy ‘Go Back To Canberra’ here.

For more about The Kids at RAMzine click here.