3 Punk legends, including Glen Matlock of Sex Pistols fame, are embarking on a tour of the UK that begins in Hertfordshire on the 8th of August.

‘Supergroups’ come and go. Some succeed, and some fail. But this latest collaboration between Glen Matlock, Slim Jim Phantom and Earl Slick offers a pedigree that is rarely seen. Between them, the band has collaborated with The Sex Pistols, John Lennon, David Bowie, Iggy Pop and The Stray Cats. It’s safe to say that with that kind of pedigree, Matlock, Phantom and Slick promises to be something truly special.

One venture on the tour will take them to the intimate Hertford Corn Exchange, where Matlock and co. will bring some anarchy to rural Hertfordshire, which promises to be a date not to be missed. Full details of the dates can be found below, and tickets can be purchased via the link provided. 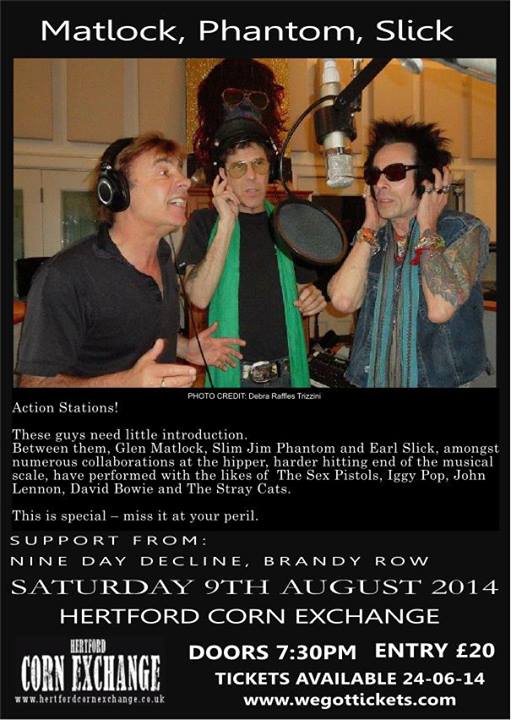