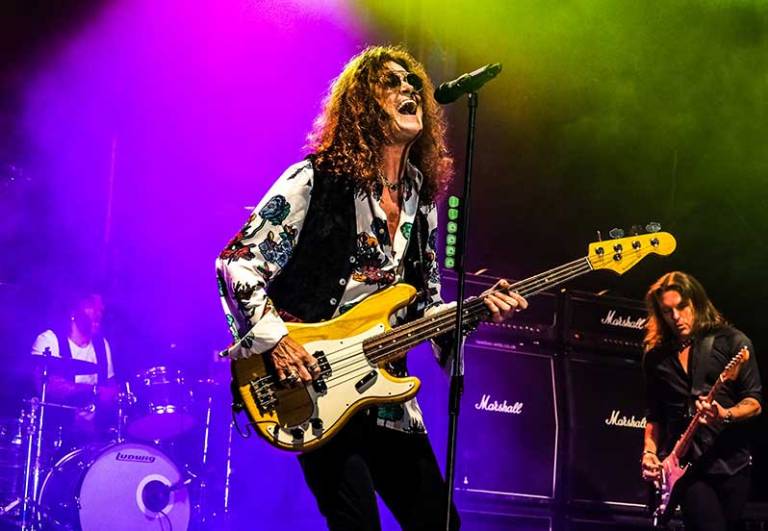 Having had to postpone the second part of his Glenn Hughes Performs Classic Deep Purple Live UK tour, for health reasons, earlier in the year, the bass player/vocalist is busy preparing for some substantial UK activity this winter.

His rescheduled tour takes place this November, with support slots in the form of Dead Sea Skulls and Piston for assorted shows.

The Classic Deep Purple tour will see him perform hits from the legendary rock group’s Burn (1974), Stormbringer (1974) and Come Taste the Band (1975) albums. It now coincides with the release of Leavin’ The Hard Times Behind – The Best of Trapeze, the band he previously played in.

However, a recent surprise was the announcement that Glenn Hughes would fill the roles vacated by vocalist John Corabi  and bass player Marco Mendoza in The Dead Daisies. Single ‘Righteous Days’ is out now and no doubt tour dates will be announced in the New Year.

Retirement can wait it appears. 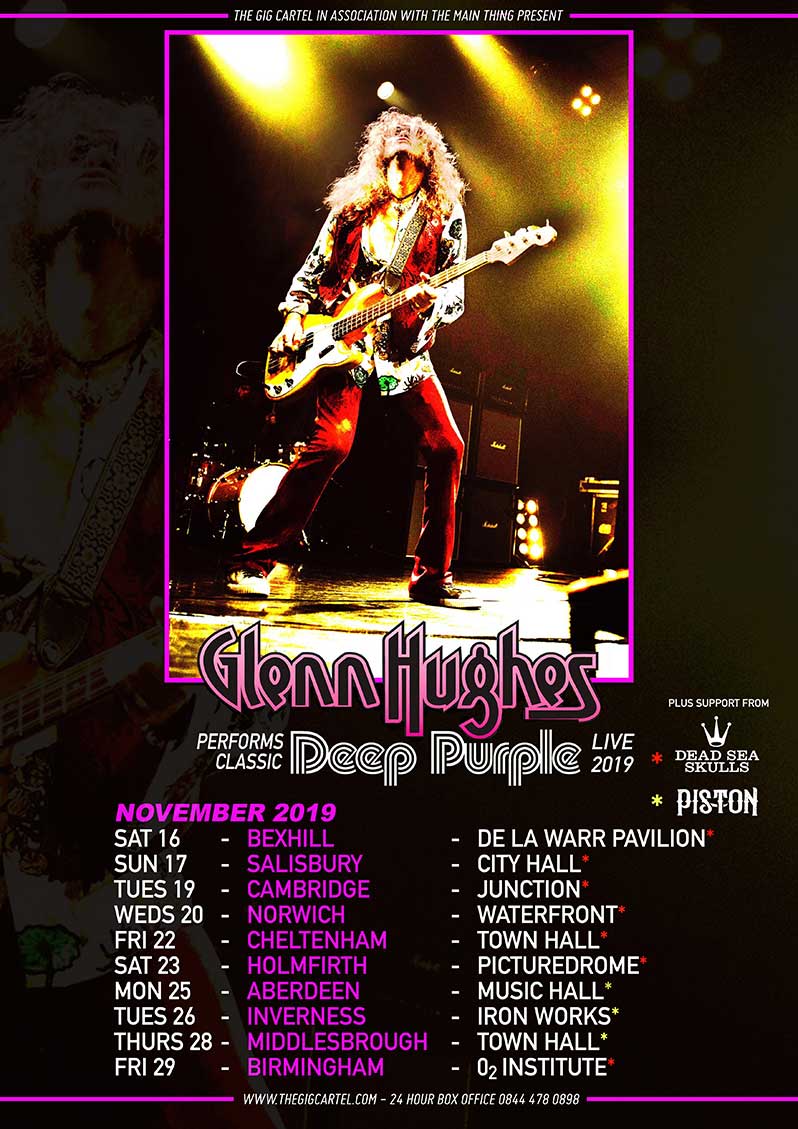