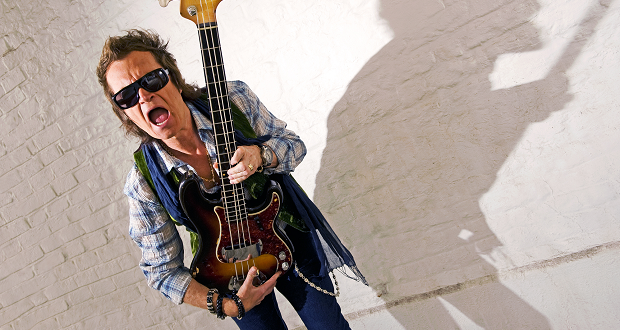 Following summer festivals and solo shows in the USA, UK and Europe, alongside the imminent return of Black Country Communion, Glenn Hughes will release Resonate, his first solo album in over eight years, to coincide with his November UK tour.

Hughes’ twelfth album of original solo material, Resonate will be released on Friday 4th November 2016 through Frontiers Music Srl. It will be available as both as a regular CD and in a deluxe CD/DVD edition that will include bonus track ‘Nothing’s The Same’ plus a ‘Making of’ the album documentary, and song videos ‘Heavy’ and ‘Long Time Gone’ on the DVD. A vinyl release will also be made available via Frontiers’ label partners Soulfood Music.

Tracks featured on the regular album are ‘Heavy’, ‘My Town’, ‘Flow’, ‘Let It Shine’, ‘Steady’, ‘God Of Money’, ‘How Long’, ‘When I Fall’, ‘Landmines’, ‘Stumble & Go’ and ‘Long Time Gone’ and it has been suggested that Resonate “might well be the most heavy sounding of his solo albums” – The previous contender for this role being 1996’s Addiction. Regardless it is expected that the vocalist/bass guitarist’s musical diversity of hard rock, soul and funk will be present in the mix, co-produced by Soren Andersen.

“This album is the first kind of a complete Glenn Hughes album” the singer has stated. What that means we’ll know exactly once Resonate is released. The UK tour opens on 8th November in Leamington with Grammy Award winning rock band Living Colour as special guests.