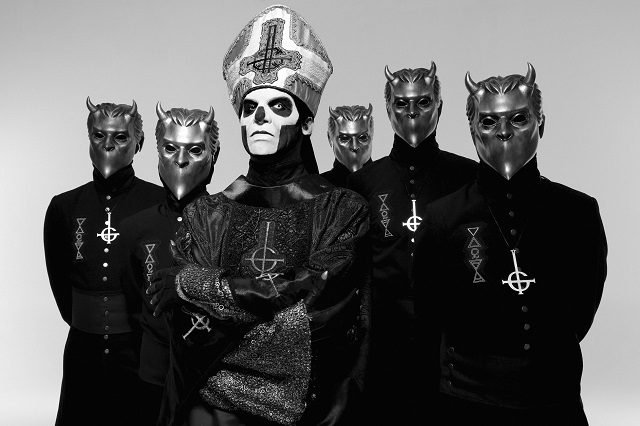 Square Hammer is widely thought to be our first taste of a promised new EP by the band that will feature “mostly covers”and due for release later this year. One of Ghost’s Nameless Ghouls commented:

“We’re very proud of it. We’re obviously thrilled to be able to play something new. This is a short, to-the-point little gem right at the jugular.”

Check out the new song here.

We also interviewed A Nameless Ghoul at last year’s Reading Festival below!