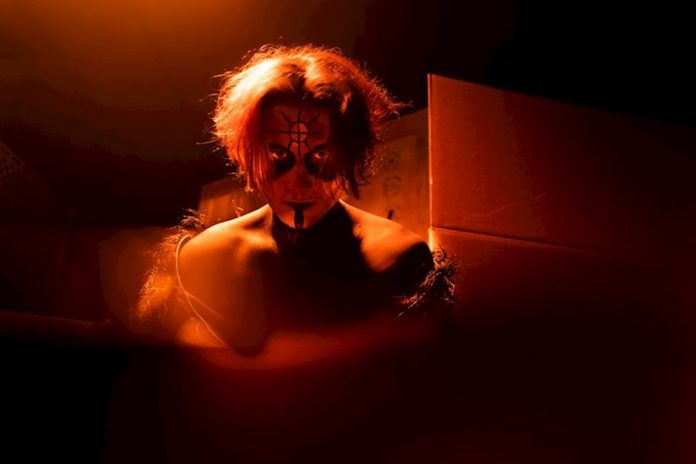 As intriguing sounding as they are looking, Dublin’s Greyface hit the scene at full speed with first single ‘Yin’, and they continued apace with the angst riddled ‘Underground Star’. Now, a month later they announce the release of  ‘Dead Men (Don’t Walk In Circles)‘ and a video to boot.

“‘Dead Men (Don’t Walk In Circles)’ is our third single and features Tadhg on piano accompaniment,” said the band. “It serves as a defining rock-opera moment within our upcoming EP, backed full-force by distorted guitars, and expressive rhythms and riffs. The track swells providing orchestral backing to match intimate piano-lines, and whispered vocals, which gradually develop the song into a power-ballad.”

On ‘Underground Star‘ the four-piece, along with backing vocalists, presented a hooky anthem with industrial inspired riffs, and lyrics layered in irony and self-deprecation. The fictional character Underground Star is intended to personify the clichéd desires of rock star celebrity narcissism, critiquing popular culture and humanities’ obsessions with violence, sex and self-destruction.

The alternative group’s philosophy is loosely based on Freudian/Jungian ideas concerning the inner shadow. Each member of the group names and paints this inner idea most people choose to ignore, or reject for its undesirability. The group refer to their shadow as their “greyface” taking these ideas to the stage in a theatrical manner with high-energy performances.

The band performs a stylised mix of music branching from hip-hop, to rock/metal, to electronica. The group performs regularly with backing from MCD, having opened for As It Is in The Academy Dublin and performing at Wacken Open Air in Germany.

After their debut single ‘Yin’ was played on radio stations nationwide , the group received positive press Irish music and politics magazine, Hot Press, interviewing frontman Shaye in the Hot For 2020 Issue, and describing them as “A force to be reckoned with” after attending a live concert.