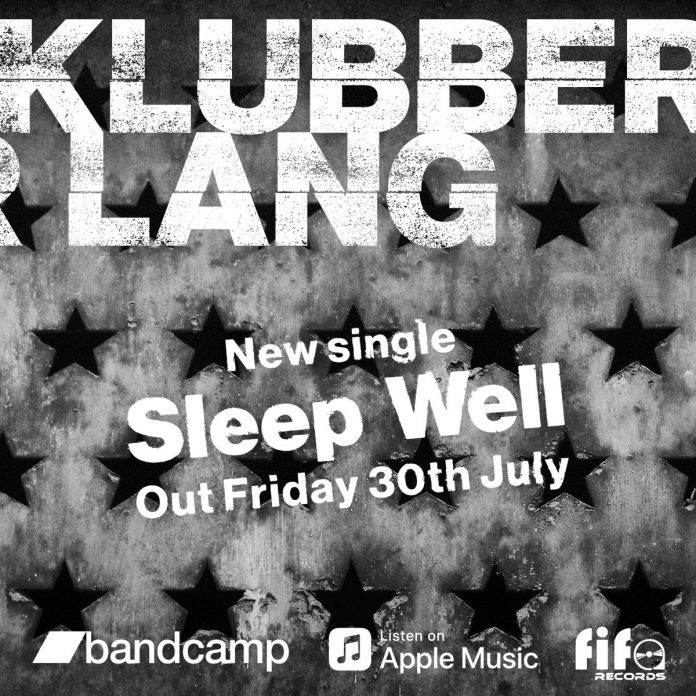 Dublin alternative rock outfit Klubber Lang return with their new single ‘Sleep Well’, that’s been described as “a frenzied attack on the senses, that is both thought provoking and addictive and leaves you wanting more”.

‘Sleep Well’ is the band’s first release since teaming up with Irish independent label ‘Forever in Financial Arrears’ (FIFA Records), and is available on all digital platforms.

Klubber Lang singles with FIFA that will receive a physical release later in the year on limited edition cassette.

The name might be new to some, but the band’s pedigree is note-worthy. They were formed by Revelino guitarist Ciaran Tallon,  Ciaran McGoldrick on vocals and bass, formerly of SIC who Ricky Warwick ( The Almighty, Thin Lizzy etc) had also been a member of when he lived in Ireland, ex-Mexican Pets drummer Fin O’Leary and Ronan McHugh on keyboards.

McHugh works with Def Leppard, among others, as studio and live engineer. He produced Klubber Lang’s songs, having worked with all the other members before on the records they made in their other bands.

Previously, Klubber Lang released a double A sided single, where there was a raw, punky feel to ‘Not My Day’ and a chunky groove to ‘There There’.

You can check out the video for ‘Sleep Well’ right here at RAMzine, and for more about Klubber Lang check them out on Bandcamp.