Driving By Night… With Gus G! 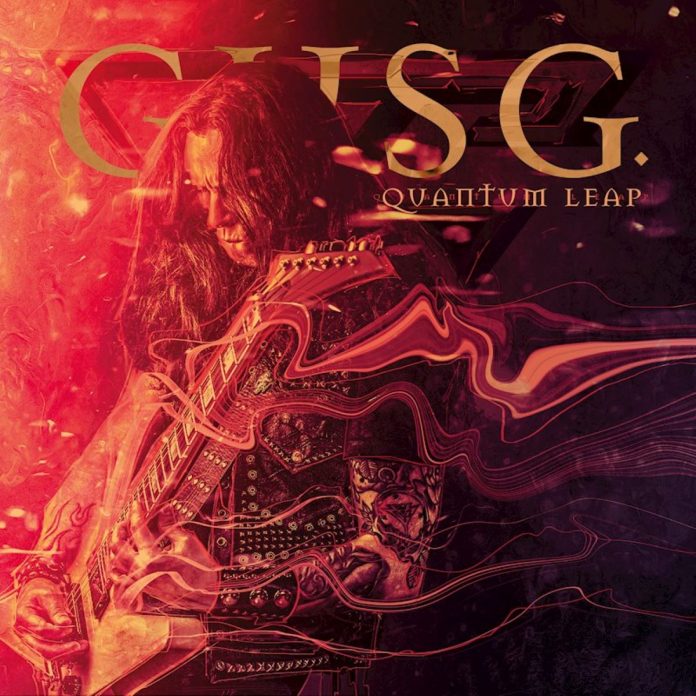 Out now is ‘Night Driver’ the latest single from Gus G, taken from his latest album Quantum Leap, released at the tailed of 2021, through AFM Records.

You can check out the official video for it right here at RAMzine.

Gus G made a name for himself with Firewind, the band he initially launched as a solo project in 1998 but made its official debut in 2002. In that time the band has released nine albums, while G himself has also recorded and toured with Mystic Prophecy, Nightrage, Arch Enemy, Dream Evil and Ozzy Osbourne.

He has also made inroads as a solo artist, having released three albums under his own name: I Am The Fire (2014), Brand New Revolution (2015), and Fearless (2018). He closes 2021 with a new instrumental solo effort, Quantum Leap, featuring 10 tracks that are said to both showcase the playing style he is known for and takes fans into new territory.

Quantum Leap came together over the course of the worldwide pandemic that, unfortunately, prevented Firewind‘s self-titled 2020 album from gaining any real momentum. Immobilized by the quarantine measures that kept him at home; the guitarist began compiling musical ideas to keep himself occupied, that led to a full-on effort to write and record an album during the summer of 2021.

“I didn’t make Quantum Leap with the intention of it being the next one in the cycle of solo albums,” he admitted. “It was more of a case of, ‘What else is there?’ I needed the creative outlet.”

The guitarist is of the belief that one has to make an instrumental album for yourself; if people happen to enjoy it, that’s a plus. It’s an approach he claims to take with every album he makes, but if heavy metal is considered a niche market doing an instrumental album is an even smaller corner of that. However, being a part of the music industry over the past 20 years has taught Gus G that the business and the market has evolved to the point that instrumental albums are far more readily accepted compared to when he started.

“As an artist nowadays, you can basically do whatever you like and there’s an audience out there for it. Instrumental music might not be a big seller, but everybody can listen to anything, and there are no limits to what I can do.

There’s a track on the record that’s a little bit synth-wave (‘Night Driver’), there’s a bluesy ballad thing (‘Enigma Of Life’), there’s a track that has more prog elements (‘Into The Unknown’), there’s some power metal (‘Demon Stomp’, ‘Judgement Day’), so it’s all under the hard rock/heavy metal umbrella, but I wanted it to have some variety.

“It doesn’t sound like I wrote 10 different riffs on the low E string and put a bunch of solos over it. And there’s no excuse for anybody to say, ‘I like the music but I hate that type of vocals’, because there are no vocals,” he laughed.

Quantum Leap was assembled in pieces, featuring new compositions and material taken from Gus G’s “riff vault”, where he stores unfinished ideas and revisits them when he’s able. The album started as a full-on solo outing, with Gus programming drums and playing guitar, bass and keyboards, but a chance encounter with drummer Vincent Velasco – Who volunteered his services and subsequently blew the guitarist away – opened up the production. Producer/engineer Dennis Ward, who was responsible for mixing and mastering Quantum Leap ended up laying down bass tracks on eight of the 10 tracks.

Unlike many instrumental albums, Quantum Leap doesn’t feel like a musical root canal or long and drawn-out brain surgery. Each of the 10 tracks are solid and compact musical ideas, with Gus G’s guitar acting as the voice. In this respect, writing Quantum Leap was a challenge because he was so used to writing in a specific formula utilising vocals. He found himself falling into the loop of overplaying a few times during the production because of the lack of vocals, but was able to overcome the problem once he acknowledged it.

“When I first wrote ‘Exosphere’, for example, there were so many things going on in the track but it wasn’t saying anything,” he noted. “I really needed to have the guitar taking a vocal approach. I knew that if I just kept the playing technical it wasn’t going to be enjoyable. So, the playing isn’t always about technique, and once I found the formula it was easier to create melodies for the record.

“I’m a guitar player and I cannot stand most instrumental guitar albums,” he admitted. “The classic are the classics, but very rarely do I get into them because after the third track it just seems like an endless guitar solo where everything that sounds the same. That’s something I wanted to avoid on Quantum Leap and I think I succeeded in doing that.”

You can order Quantum Leap here and check out the videos to ‘Night Driver’ and previous single ‘Enigma Of Life’ right here at RAMzine.