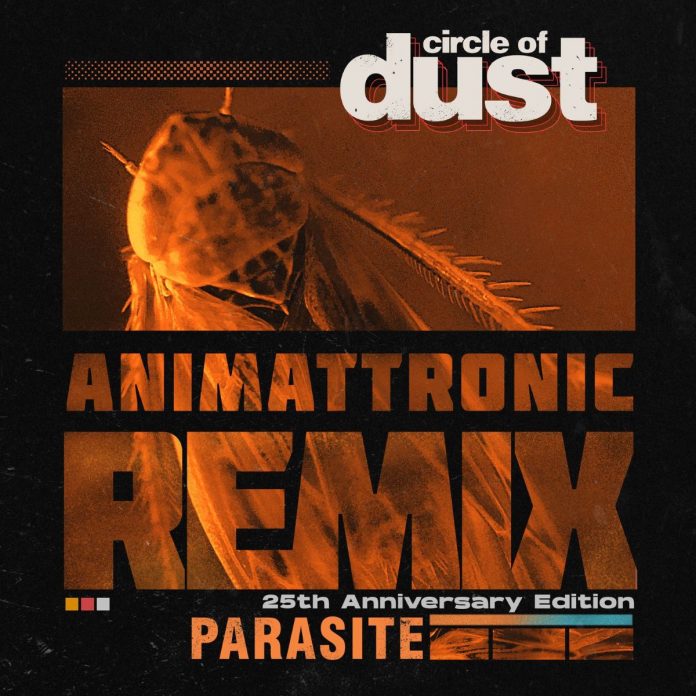 Circle Of Dust’s ‘Parasite’ has received a high voltage remix from Animattronic, and is out now as a single via FiXT.

“I’d be a fool to pass up the opportunity to remix a Circle Of Dust track,” said Animattronic. “Circle Of Dust has been relevant to our past, present & future.”

90s industrial/electronic-rock project Circle Of Dust was created by artist/producer Klayton, who went onto independent success as Celldweller, and then formed the FIXT record label.

FiXT is where you can purchase/stream ‘Parasite’ and to do so click here.

You can also watch the official video for it right here at RAMzine.

Locked away collecting “dust” for 20+ years, the rights to the Circle Of Dust & Argyle Park albums were unavailable to Klayton as the original labels they were signed to had shut down in the mid-90s.

After two decades of pursuing a deal to regain ownership of the albums, the rights were reclaimed in 2015.

Those previous records were subsequently remastered audio with completely re-imagined art, alongside new album Machines Of Our Disgrace as well as a feature-length documentary.

In 2020, Circle Of Dust began releasing a 25th Anniversary Edition of the 1995 self-titled debut album, featuring all-new mixes resurrected on original gear with separate audio tracks for the first time in over 20 years.

Each release from the album has received new remixes from modern artists such as Fury Weekend, Soul Extract, Rabbit Junk, Cyanotic, and FreqGen. 2021 kicked off with an updated version of ‘Twisted Reality’ along with a cinematic remix from Void Chapter.