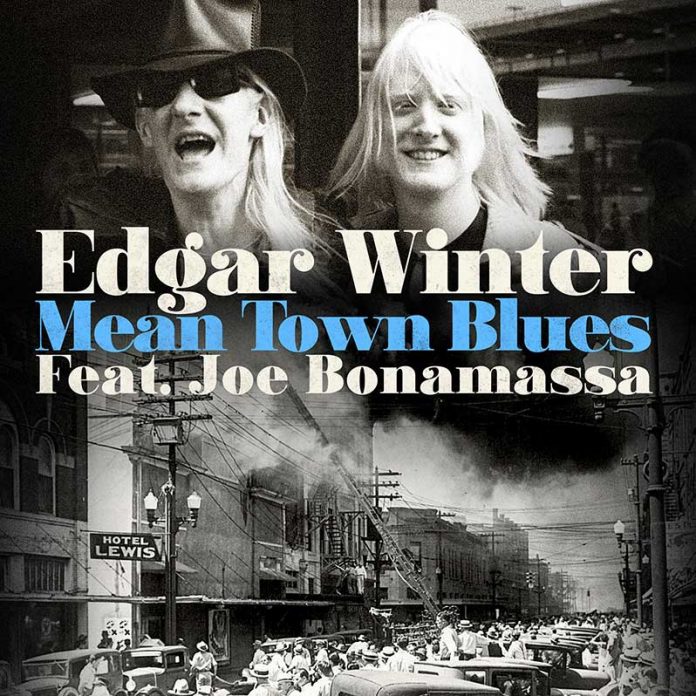 Out now is ‘Mean Town Blues’, the second single from the upcoming album Brother Johnny, an all-star tribute to legendary US guitarist Johnny Winter organised by his brother, singer and multi-instrumentalist Edgar Winter.

The release of the song, so close to what would have been Johnny Winter’s 78th birthday on 23rd February is fitting, as many have declared that ‘Mean Town Blues’ highlights the truest version of his early blues writing and unique slide guitar style.

“Johnny’s most highly respected authenticity was as a blues man, particularly his style of slide guitar, and if there’s one song that best epitomises and brings all those elements together to represent the many aspects of who Johnny was in the early days, it is ‘Mean Town Blues’. Every time I hear it, I think, ‘Now that’s Real Johnny Winter’. It just captures the essence of everything he was,” Edgar Winter states in the album’s liner notes.

“To me, this is one of the most important tracks on the album, and probably the most difficult to replicate the original feel on.” Winter noted. “I wanted only guitar, bass, and drums, exactly like Johnny’s original blues trio. But I didn’t know of anyone out there who naturally played slide the way Johnny did. I thought Joe Bonamassa did such an incredible job with Johnny’s regular guitar style, I wonder if he could do the same thing with the slide?

“So, I called Joe saying I didn’t know where else to turn, and that he was our last and best hope. Joe said it would be a real challenge, but one he was up for. Don’t worry; I’ve got you covered. I think he viewed it as an adventure that would add a new dimension to his playing.


“We scheduled the recording for a few weeks later to give Joe a chance to study. When the session rolled around, he said he was ready, and man, was he! As soon as he started playing, I knew we were home free. Joe rose to the challenge and beyond. I swear I’ve never heard anyone (other than myself) able to get inside Johnny’s playing the way Joe does. He nailed it—dead centre Johnny Winter!

“When I put on our version, it takes me back to the first time I heard Johnny play it. I get that same old feeling, and I hope you all will too. Joe, I don’t have the words to thank you. What you brought to this album goes beyond words. When I listen to the songs you did, it’s as though I can hear and feel Johnny’s spirit and presence in the music. Call it mystical, magical, some kind of bizarre channelling, or just great heart and soul musicianship. Whatever it is, you got it, and I thank you for giving to the world on this album.”

Brother Johnny will be available on CD, vinyl and digitally across all platforms through Quarto Valley Records, as of 15th April.

You can pre-order it by clicking here and for more about the album at RAMzine click here.

You can stream/purchase ‘Mean Town Blues’ here and check out the video for it right here.