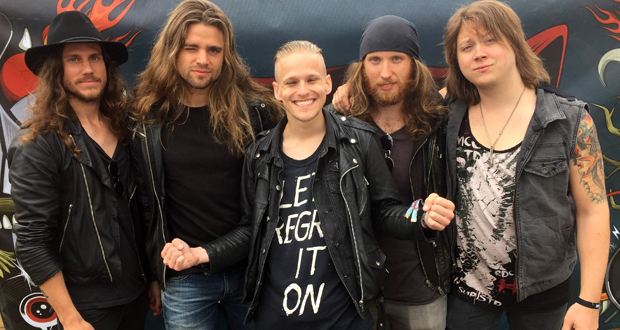 Swedish rockers H.E.A.T. have announced details of their new album ‘Into The Great Unknown’, which will be released on September 22nd via earMusic.

“During the making of this album, I think we all felt a little bit like astronauts going off to space for the first time,” says guitarist Dave Dalone (aka Sky Davis). “We set out on a journey not knowing what we would come back with, or if we’d even make it back. Somewhere along the way, the pieces began to fall into place. There’s just no point in doing the same album over and over again just because it works. When it all comes down to it, you want to make the songs shine to their full potential. If that includes bending the rules of the genre or crossing paths into unknown territory, so be it.”

Tracklist for ‘Into The Void’