Feel the H.E.A.T in Hollywood! 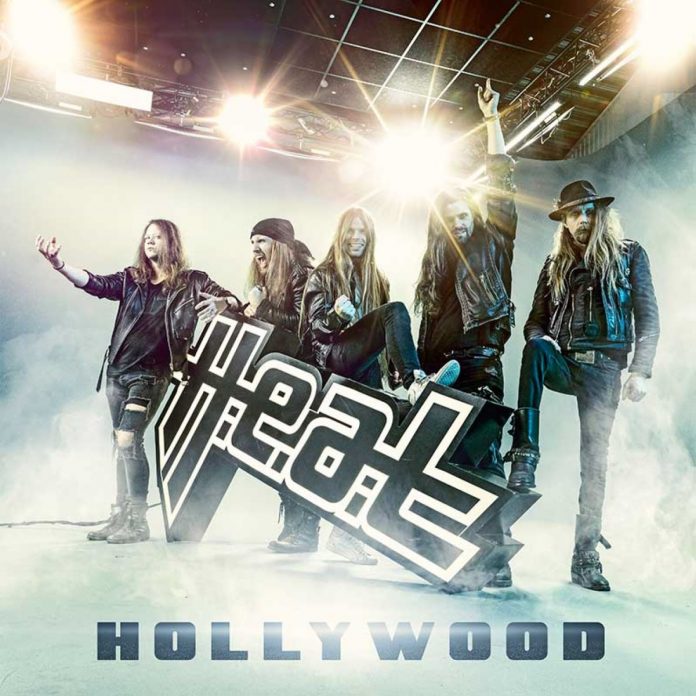 ‘Hollywood’ – A world of wonder, glamour and fantasies come true. Or is it?  With their new single and the accompanying video, Swedish hard rock outfit H.E.A.T deal with the question of appearance and reality, the standards created by the media and the pressure that weighs especially on the younger generations, on their new single bearing that tinsel town title.

With the accompanying music video, the band makes this rather serious matter accessible with a funny little twist – they play on the first ever H.E.A.T City talk show. The video also contains a series of easter eggs, and you can check oit out right here at RAMzine.

‘Hollywood’ is taken from their forthcoming album Force Majeure due on 5th Agust through earMusic.

It will be available on CD digipak, 2LP gatefold, and limited edition coloured 2LP (yellow), and features the tracks: ‘Back To The Rhythm’, ‘Nationwide’, ‘Tainted Blood’, ‘Hollywood’, ‘Harder To Breathe’, ‘Not For Sale’, ‘One Of Us’, ‘Hold Your Fire’, ‘Paramount’, ‘Demon Eyes’ and ‘Wings Of An Aeroplane’.

The band, consisting of Leckremo on lead vocals, Dave Dalone on guitars, Jona Tee on keyboards & organ, Jimmy Jay on Bass, Don Crash on drums, began a Scandinavian tour back in April, releasing the single ‘Back To the Rhythm‘ to coincide with it.

The single appeared to indicate the band had taken note of fellow Swedish rock band Europe‘s more recent releases, alongside the kind of vocal hooks that make FM a must-listen for melodic rockers. This stated, there was the same zestful enthusiasm and swing to their performance that fans have come to expect with H.E.A.T. with a sonic thrust that promises much if the rest of the album follows suit.

The band went onto play wider European dates and will follow them with festival dates, prior to hitting the UK in October, with special guests Mason Hill and Collateral.

Since the band’s early days, starting from their song ‘1000 Miles’ – A huge hit in their Scandinavian home in 2009, worldwide media praise has hailed each of the band’s albums as among the best in their respective years of release.

‘Fans can expect a “speedy and energetic ride” as had already been evidenced on ‘Nationwide’ the first single that was released from the album, and featured the return of original singer Kenny Leckremo.

Nationwide’ was being viewed as the epitome of what the band has done so successfully in the past – to unite young and old rock fans alike.

Visually, the band is taking it up a notch too. For their music videos as well as the whole artwork, a vibrant fictional world has been created in H.E.A.T City, for this release only, creating an vibrant surrounding for the band’s energetic album.

The singles are available on all streaming platforms here and you can watch the official music video for ‘Nationwide’ right here at RAMzine.

Force Majeure can be pre-ordered here.