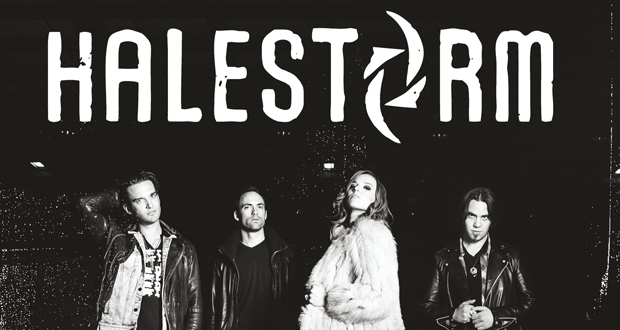 HALESTORM are led by the feisty badass chick Lzzy Hale! The band have been busy in the studio making a new album, which is due spring 2015. March 2015 will see a headline tour from the band!

Lzzy Hale told us “We are so stoked to get back to our European Freaks in March! Thank you for all the love over the ‘net…but now we want to see your faces!!! And we have some killer friends we’re bringing along with us: NOTHING MORE and WILSON. Don’t hesitate! This is not a tour you can afford to miss!”

Texans, NOTHING MORE have only this year debuted an album this past year! We just check out their most popular single ‘This Is The Time (Ballast)’ which has racked up over 2 million views on YouTube! The band have a unique sound, they are brining a good electronic sound, mixed with that awesome bass!

They have been in UK earlier this month supporting The Pretty Reckless. Vocalist Jonny Hawkins states, “We just wrapped up an amazing tour of the UK and are itching to get back, so we are stoked to return to the UK and Europe with the amazing Halestorm. We first met Lzzy and Joe a few months back at one of our shows in Nashville. We felt an instant connection with them and had a feeling we’d find a way to join them on the the road at some point. Here we come!”

Brining back some Rock and Roll is Detroit dudes, WILSON! They already have a critically acclaimed debut, ‘Full Blast Fuckery’. WILSON’s frontman Chad Nicefield adds, “We are humbly honoured to be a part of Halestorm’s European tour. You can fully expect WILSON to bring the heat! This is our first time delivering our freshly baked Fuckery goods across the pond and we cannot wait to bring it worldwide!”

Sat 14th March – MANCHESTER O2 Apollo
Pre-sale tickets will be available from 10am, Tuesday 2nd December. General sale begins at 10am, Friday 5th December, with tickets priced between £15 – £17.50 (plus booking fees). They’re available from the venues direct, all good box offices, and online from www.livenation.co.uk and www.ticketmaster.co.uk. Limited VIP packages can also be bought. 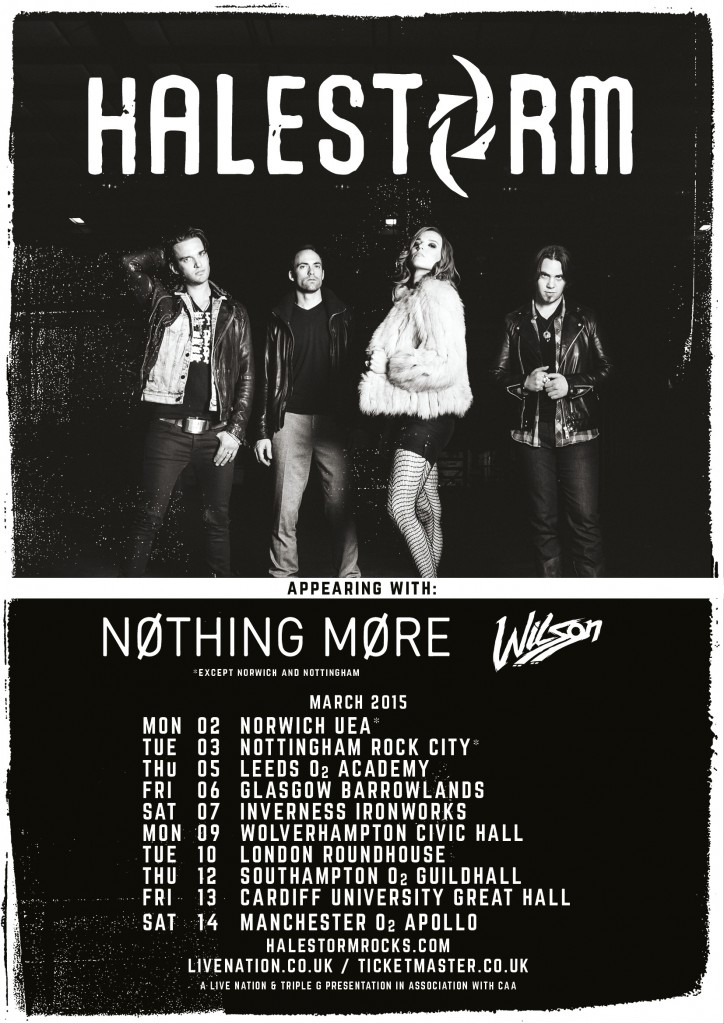