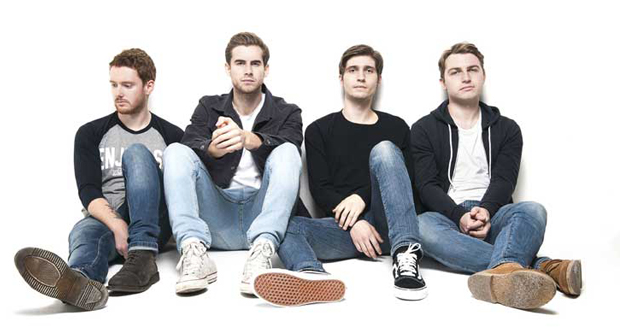 As well as regular play of their latest single ‘Ark’ BBC Radio 1 invited We Are The Ocean to record a stripped back version of their single as well as a surprise cover in the world- famous Live Lounge. The Essex four-piece played their own unique version of London Grammar’s ‘Hey Now’ in the band’s first time in the Live Lounge.

WATO were accompanied by a string quartet giving the session a laid-back orchestral feel. The cover shown the band’s versatile range and  received high praise online from fans and London Grammar’s own vocalist Hannah Reid.

We Are The Ocean have also announced details of their new album ‘Ark’ due for release on March the 16th via Hassle Records.

You can pre-order the album from the band’s website: www.musicglue.com/wearetheocean