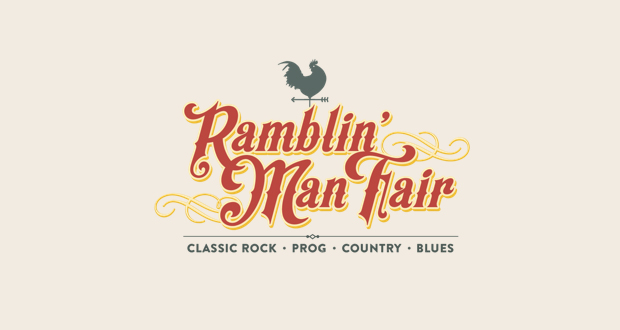 Are you a more discerning festie goer who loves a bit of country, blues, classic rock and prog? Well then, Ramblin’ Man Fair might just be the ticket you are looking for next summer.

Coming to Maidstone’s beautiful Mote Park on 25 and 26 July 2015, this fest definitely promises to be one to remember. And it just so happens that another five bands have been added to The Prog Stage this week. You can get the all important 411 on them below:

Ian Anderson plays the best of Jethro Tull: Anderson is the singer and flute player in one of the most influential and successful British rock groups of all time, Jethro Tull. At Ramblin’ Man Fair, Anderson will be performing classic Tull songs from a career that spans almost 50 years and 60 million album sales.

“Oh what fun it is to ride like a Rambling Man to the far corners of Darkest Kent. To play once again with the support and organization of Team Rock, Prog Magazine and those other fine publications to delight the discerning music fan. See you there in July at the Ramblin’ Man Fair. Don’t forget to pack the brolly and the gum boots.” – Ian Anderson

Pendragon: These guys emerged from the British progressive rock revival of the early 1980s alongside Marillion, Pallas and IQ. The band still features two of its founding members, Nick Barrett (guitar, vocals) and Peter Gee (bass), alongside keyboard player Clive Nolan (who joined in 1986) and drummer Craig Blundell (recruited in 2014). Classic Rock calls them “a thoroughly 21st Century band.”

Riverside: One of the leading progressive rock bands in Europe and formed in 2001 in the Polish capital of Warsaw. When the band’s most recent album Shrine Of New Generation Slaves was released in 2013, Prog magazine compared Riverside to Porcupine Tree and Opeth and declared them “modern masters of the genre”.

The Pineapple Thief: One the definitive progressive rock acts of the modern era. Since the band was formed in Somerset in 1999, they have made ten albums, and the latest, Magnolia, received rave reviews on its release in 2014. “Prog stalwarts deliver the goods,” said Kerrang! While Classic Rock said that Magnolia was “the sound of a band reaching the height of their powers.”

“The band can’t wait to get on stage for this wonderful festival and join such a fantastic line up.  Sharing the same stage as Camel is something particularly special.  Live music (rock and progressive) is very much alive and well thanks to Ramblin Man!  Looking forward to rocking our brand new set for you all.” Bruce Soord The Pineapple Thief

Messenger: Definitely one of the hottest properties in prog rock right now. The London-based quintet’s debut album Illusory Blues had great reviews across the board, with The Guardian calling it “the frontier between folk, prog and psych”. And at the Progressive Music Awards, Messenger scooped the ‘Limelight’ award for best new up and coming up band.

Early Bird Day Tickets for General Admission and VIP Admission are due to go on sale on Friday 28th November 2014.  The above bands join an already impressive bill including Scorpions, Gregg Allman (of The Allman Brothers Band), Camel and Marillion – all of which are UK Festival exclusive shows in 2015.

The Prog Stage itself was curated in conjunction with Prog magazine. The magazine editor Jerry Ewing says,“We want to give music fans the very best of what’s out there at the moment, and I believe that with these acts for the Prog stage we’re delivering the best in today’s progressive music, from established artists to some of the most exciting and vibrant young acts around. It’s going to be a fantastic weekend if you’re a prog fan.”

Ramblin’ Man Fair is set to become the must see event for discerning festival goers. A quality musical line up with a number of UK exclusive performances will be coupled with excellent amenities throughout, including gourmet food, a beer festival, spoken word stage, the best in music cinema, luxury camping and accommodation packages and more. The event will be a unique experience set to become a staple of the UK festival calendar. The park is one of the largest in South East England with more than 450 acres of mature parkland and a 30 acre lake. With multiple travel links via train (Ashford International, Maidstone East and Maidstone West in close proximity) and road (with three park and rides available around Maidstone). The festival site is also perfect for European festival goers with easy links to the London airports, the Channel Tunnel and Ferries to and from mainland Europe.

Ramblin’ Man Fair has also announced the first of its much anticipated accommodation packages – a variety of options for all needs and budgets including Glamping at the Ranch Packages, Hotel Packages and Off-Site Camping Packages (coming soon). All available through www.ramblinmanfair.com

Additionally those buying early tickets will have a once in a lifetime opportunity to take up the very special offer of being in the Founders Club. As well as including two years VIP tickets this unique offer gives the Founders access to their own special club area on site for life, exclusive merchandise and much much more.

And if all that wasn’t enough to tickle your wallets, all weekend tickets for Ramblin’ Man Fair include 6 months membership to TeamRock+. This provides online access via Teamrock.com to complete current issue magazine content for Classic Rock, Metal Hammer and Prog, and bonus content including archive articles going back 30 years. The festival will also be doing their bit to support some awesome local charities.

You can get even more info via the festival’s official site and social networking pages which we’ve provided below. So get clicking and secure those tickets!