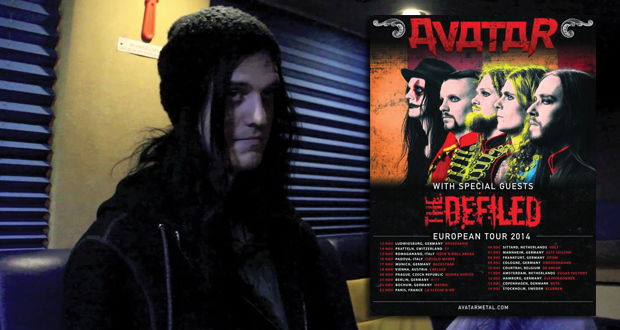 RAMzine sat down with Johannes Eckerström of Avatar, who tells us after this long he dose feel like the band need a bit of a break saying “on average we have been doing 5 shows a week for 14 weeks”. That is a lot, but it hasn’t gone unnoticed. Avatar have propelled into the world of Rock and Metal certainly since we last caught up with the at Hammerfest back in March (2014).  Back then it was their first time playing UK festivals.

Johannes continues to tell us “We have felt our growth in a way that we have not felt since the really early days, which a great testament to us putting out a really great album”.

Avatar released ‘Hail The Apocalypse’ in May, to which RAMzine said “this album packs a punch with a varied mix of light and heavy beats that shows that Avatar do indeed have a few aces up their sleeves, as they show their unique style in stride – which won’t be forgotten anytime soon. We feel they are on a stepping-stone that is into something massive in the metal scene”.

Interview and video by Christopher James Ryan. See more of his work on RAMzine here: https://ramzine.co.uk/author/chrisj/