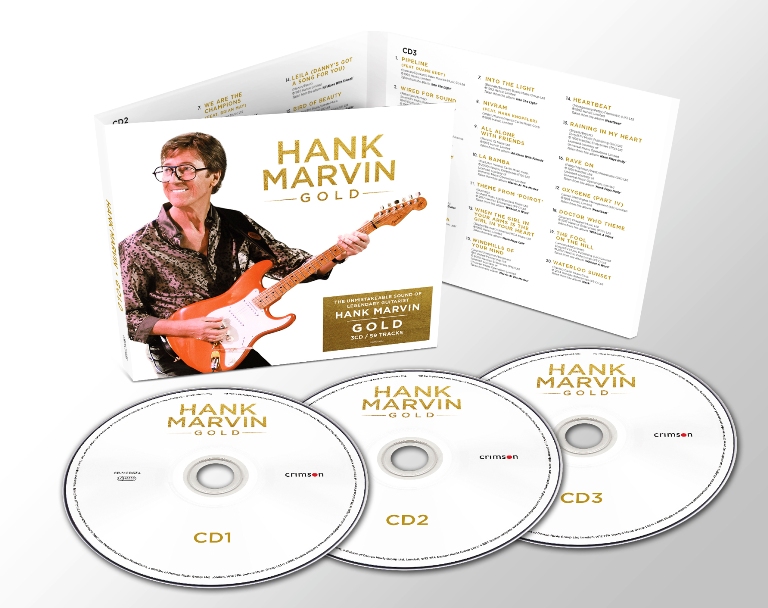 Guitar hero Hank Marvin will be the recipient of a solo career spanning 3CD collection on 28th June, as part of Crimson Records’ Gold series – Where the label works with the artist to represent a definitive best of range at an affordable price.

Taking us back to 1969 with Marvin’s eponymous debut right through 2017’s Top 10 hit ‘Without A Word’ the album features guest appearances by Queen’s Brian May and fellow guitar legend Duane Eddy, and Dire Strait’s Knopfler who duets on re-recordings of two classics made hits by The Shadows.

“When I was a kid, all I wanted was a red electric guitar. It had to be red because of Hank and his magical sound.” Claimed Knopfler,who grew up Newcastle-Upon-Tyne, like Marvin before him.

Initially becoming proficient on the banjo, a young Hank Marvin gigged with various skiffle groups up north before he and school pal Bruce Welch moved to London where the guitarists joined Cliff Richard’s backing band and became known as The Shadows. 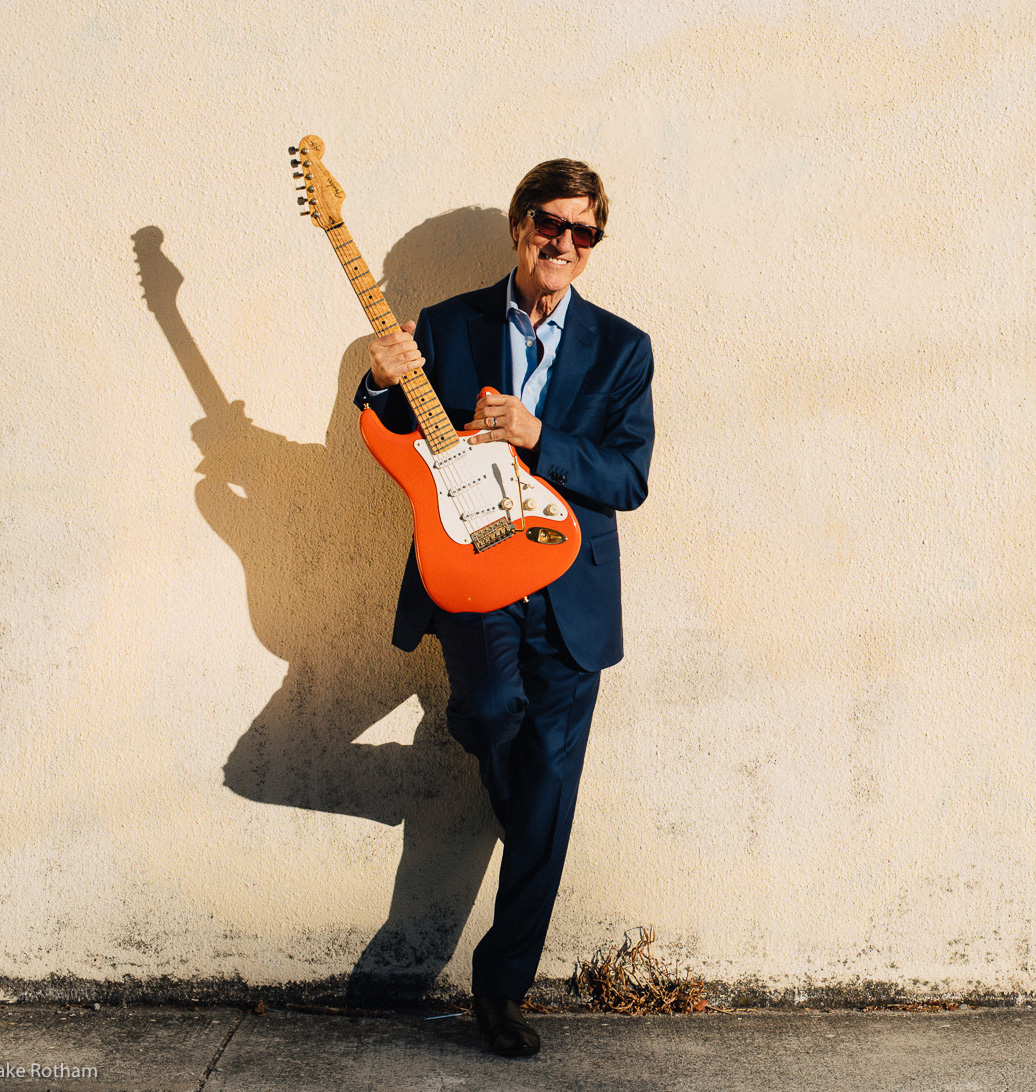 Possessor of the first Fender Stratocaster in Great Britain, as purchased for him by Sir Cliff, it became a totemic emblem for future British guitar heroes. Wielded by Marvin in echoed lyrical melody and a right hand that applied deft use of the guitar’s tremolo arm, lads up and down the country begged their parents to buy them one on hire purchase.

Yardbird’s guitarists Clapton, Beck and Page, The Who’s Pete Townsend, Deep Purple’s Ritchie Blackmore have all cited Hank Marvin as an undeniable influence. While as far away as Canada his early hit were being listen to admiringly by a fresh-face Neil Young,

Cliff Richard & The Shadows had 43 Top 20 hit singles in  ten years together, The Shadows themselves reached No.1 in the hits parade five times, with the legendary ‘Apache’ among them becoming the instrumental hit of the decade. The guitarist has also led a long and fruitful solo career. Combined these facts and figures ensure his importance and stature within the British music history, as one of the architects of our home grown rock ‘n’ roll scene and an influence of generations of musicians.

While CD3 features ‘Pipeline’ (feat. Duane Eddy), ‘Wired For Sound’, ‘Don’t Talk’, ‘Killing Me Softly’, ‘Syndicated’, ‘Hotel California’, ‘Nivram’ (feat. Mark Knopfler), ‘All Alone With Friends’, ‘La Bamba’, ‘Theme From Poirot’, ‘When The Girl In Your Arms Is the Girl in Your Heart’, ‘Windmills Of Your Mind’, ‘Heartbeat’ (vocals Cliff Richard), ‘Raining In My Heart’, ‘Rave On, ‘Oxygene (Part IV)’, ‘Doctor Who Theme’, ‘The Fool On The Hill’ and ‘Waterloo Sunset’.

The vinyl album edition features ‘Move It’ (feat. Cliff Richard), ‘Live And Let Die’, ‘Sealed With A Kiss’, ‘Wonderful Land’ (feat. Mark Knopfler), ‘Doctor Who Theme’, ‘Oxygene (Part IV)’, ‘Life Line’ and ‘While My Guitar Gently Weeps’ on Side 1. While on Side 2 is ‘We Are The Champions’ (feat. Brian May), ‘The Good, The Bad And The Ugly’, ‘All Alone With Friends’, ‘Hotel California’, ‘Jessica’, ‘Guitar Man’ and ‘Pipeline’ (feat. Duane Eddy). 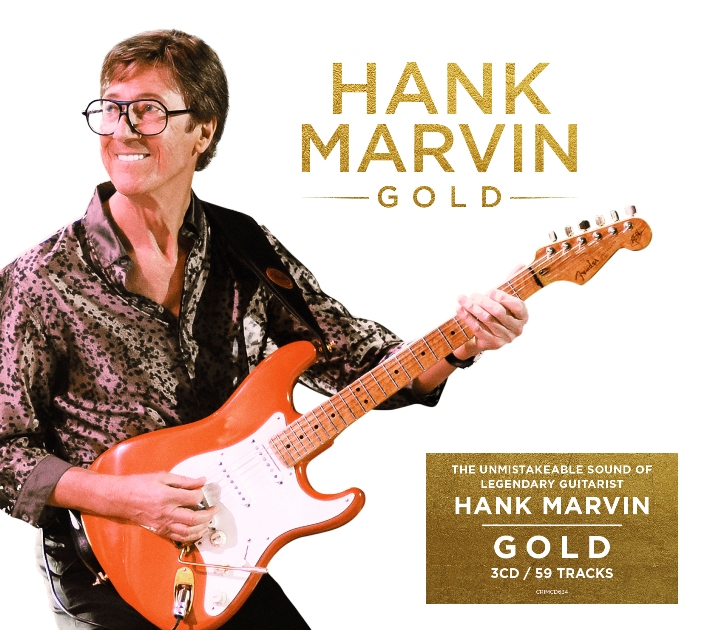