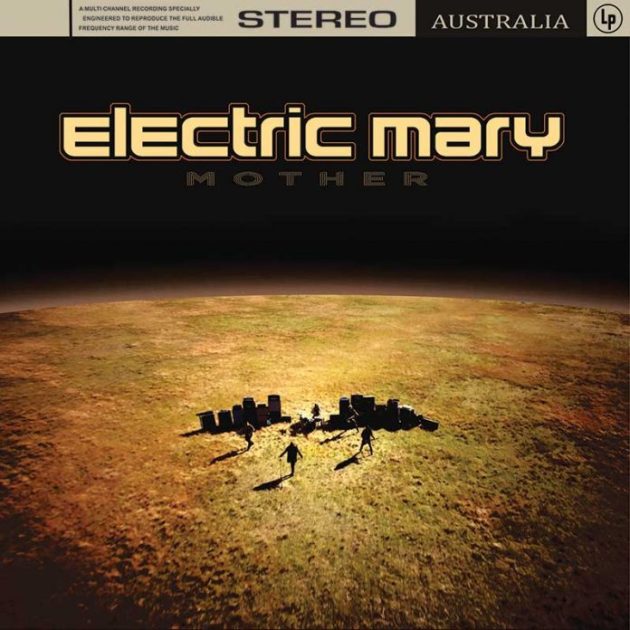 A helium pitched voice hovers over a cyclical heavy groove while an  old school heavy rock solo works its way round the fretboard on opening gambit ‘Gimme Love’  and it suitably grabs one’s attention.  They follow that by going in hard and fast with ‘Hold Onto What You Have ‘ that finds vocalist Rusty Brown going from rock god wailing ala Robert Plant to a more snivelling  Axl Rose whine while the band gallop joyously through verses that tumble with deliberate purpose into the song’s choruses.

Forget any musings over Gaia-driven psychedelic appropriations in that-there album title, let’s affix another sixties expression on the end instead. Four albums in over a ten year career, I’m assuming this Australian rock band know what they’re doing to keep their motor running. Classic rock hooks, modern aggressive grooves, so taking influences from their nephews’ records the same way they did their own uncles judging by the mugs on the Mother CD’s back cover.

‘How Do you Do It’ features a loose-hipped slinky blues rock riff before slipping hook, line and sinker into an Antipodean equivalent of something from the bricklayer’s end glam rock in its 70s heyday before wafting into some slower blues, giving that rock ballad feel.

Building in the chorus until it becomes gospel-ragged blues of the kind Chris Farlow and his ilk used to belt out is ‘Sorry Baby’ while bopping and a rocking with a softer original groove is ‘The Way You Make Me Feel’. ‘It’s Alright’ begins with some classic rock chord slashing, a deep rolling bass evokes a dark Doors mood, then higher vocals envelope us for a flag waving 80s style singalong, oddly it all pulls together.

Initially sounding a little off-kilter ‘Long Long Day’ proves the absolute stand out track on this Mother. Imagine Led Zeppelin’s ‘Down by the Seaside’ repurposed as some early Black Sabbath downer blues. As thick and syrupy as treacle taking its own sweet time to ooze out of a jar and layer itself  all over a great slab of cake. Decadently delightful.

Passing out with the album’s single ‘Woman’ we’re touching base with a little Audioslave synergy here. Like most of the album it features time worn riffs sharpened, retooled and put to good use and at just over 3 minutes does its job and moves on out.

More a thrashing Mad Max version of The Easybeats than AC/DC – But frankly that simply means Electric Mary know how to hold a good tune!