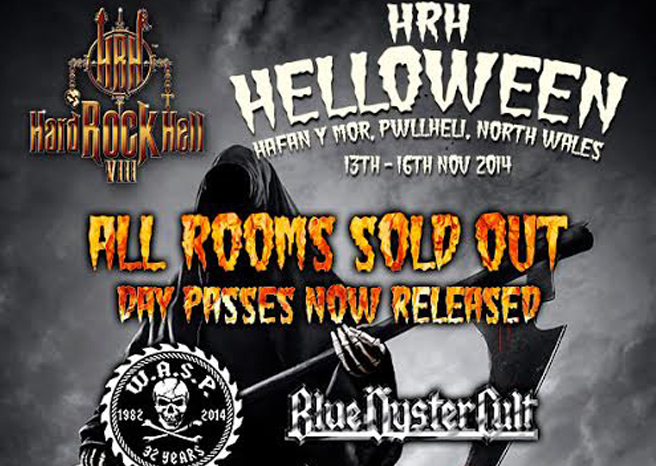 Hard Rock Hell – The festival that comes just when you need a festival fix, in November! HRH is know for displaying some of the best Hard Rock bands, you feel a sense of being apart of music history. The talent is always high, and your never too far away from a guitar solo! That’s why we love Hard Rock Hell. We love HRH even more now as they have just announced 10 more awesome acts!

Swedish band Truckfighters have been added to the bill, often being described as Classic Dessert Rock, they fit right in at HRH! Bigelf will be joining them on the bill, formed back in Los Angeles in 1991 these guys have been around the block – they got to tour with the mighty Dream Theatre back in 2009, so they are most certainly worthy of HRH. If you like Guns N’ Roses / Foo Fighters / Led Zeppelin then I can guarantee you will like Massive! Check out their video for 2012 single ‘One By One’ below. Chemia from Poland, only started touring in 2010, but have managed to quickly clock up the amount of awesome rock bands they have played with. Having played with Deep Purple, Guns’n’Roses, Red Hot Chilli Peppers, and Mastodon. Another addition to the already amazing HRH line-up is The Brew, who released new single ‘Repeat’ early this year (check out the video at the bottom of this page). The Brew are influenced by Led Zeppelin, Jimi Hendrix, Wolfmother – so you can guess what style of music they are going to be.

Video: Massive – One By One

They join already announced acts WASP, Blue Oyster Cult, Michael Schenker & Y&T for what promises to be one of the best line-ups to date.

The line-up so far:-