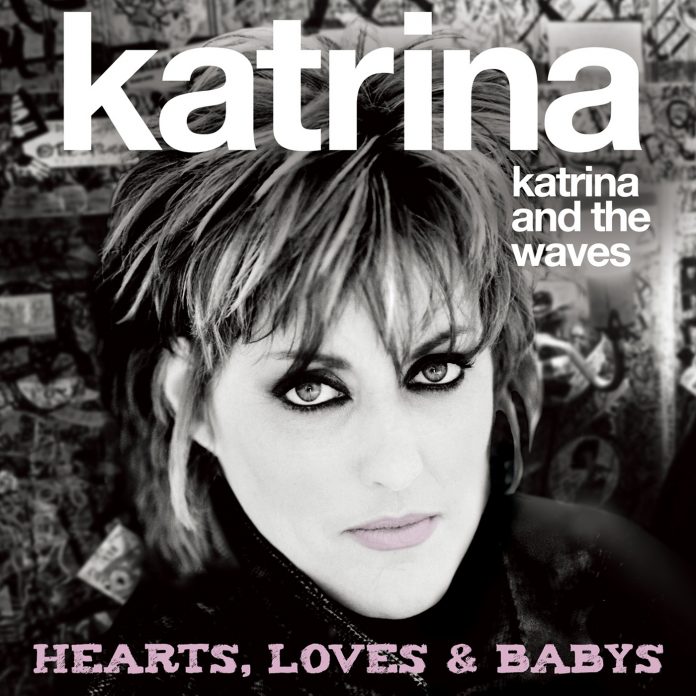 Katrina of Katrina & The Waves fame will be releasing her new album Hearts, Loves & Babys on Friday 28th August through her own label.

Hearts, Loves & Babys has been described as a deeply personal look into this particular woman’s world. Katrina has written nine of the ten tracks dealing with a host of topics from life, love, relationships and bereavement to the simple pleasures of jumping into the car and hitting the open road. Each track is said to be exceptional and compelling in its own way.

“Oh yes,” Katrina commented, “I was digging deep. I’m a very private person but a strong person with a bit of a soft core. I think some of that probably came out – kind of surprised me. Sometimes it’s painful to go there. I don’t want to think about death, I want to think about something fun to cheer me up. I was dreaming about a road trip. One of my absolute favourite things is just to drive and not even have a plan.”

Although written and recorded ahead of the coronavirus lockdown, the actual track ‘Drive’ is viewed as a bit of escapism, something to aspire to as the world slowly recovers. Available now as a single it was first aired nationally The Ken Bruce Show for BBC Radio 2 on Friday 24th July.

Produced by Katrina and Darren Loveday in London with pre-production in New York by Jimi K Bones (Blondie) the tracks featured are: ‘Drive’*, ‘Who We Are’+ , ‘Crazy Mama’, ‘Move On’, ‘Holiday’, ‘I Want to Love Again’*,  ‘Beyond Love’, ‘I Can’t Give You Anything But Love’^, ‘Every Step’* and ‘Willing’.

The songs were mainly written by Katrina, with co-writes by her and Loveday*, or Nefertiti Jones+, plus  a cover tune written by Jimmy McHugh, Dorothy Fields^. Hearts, Loves & Babys can be pre-ordered byclicking here.

Born in the U.SA; she grew up with the West Coast sound in her head before coming to the UK in the seventies, scoring a worldwide hit, as the vocalist with Katrina & The Waves, with ‘Walking On Sunshine’ in 1985, followed by 1986 hit by ‘Sun Street’. The band was nominated for a Grammy for Best New Artist and in 1997 won the Eurovision Song Contest with the largest ever margin with ‘Love Shine a Light’. The single reached No. 3 in the UK Charts, and the band’s song covered my many.

Katrina herself sang back up on ‘Torn’, duetted with Eric Burdon on ‘We Gotta Get Out of This Place’ and was a featured vocalist on an album with Rick Wakeman. A presenter on BBC Radio 2 for 18 months, she has published two books, Peggy Lee Loves London and Metropoodle: My Cornwall Guide. She released her first solo album for ten years Blisland in 2015 and the compilation The Very Best Of Katrina & The Waves (2017), and continues to tour worldwide, while still living in London after all these years.