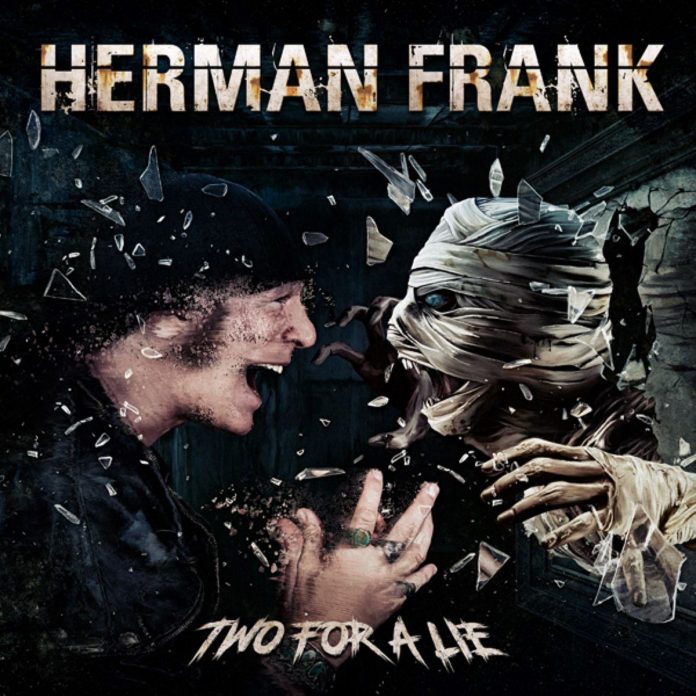 German guitarist Herman Frank, a member of such bands as Accept and Victory, releases his fifth solo album, Two For A Lie, on 21st May through AFM Records. It is preceded by new single ‘Teutonic Order’, that itself follows in the wake of ‘Venom’.

An integral part of the German metal scene since the early 80s, Frank launched his solo career in 2009; the Hanoverian delivering a recipe for uncompromising heavy metal on the albums as Loyal To None, Right In The Guts, The Devils Ride Out and Fight The Fear previously.

New album Two For A Lie is said to follow on seamlessly follow on from this, Frank again collaborating with Masterplan vocalist Rick Altzi and Jaded Heart bassist Michael Mülli Müller. Added to the team this time round were guitarist Mike Pesin and drummer Kevin Kott.

Produced by Frank with Arne Neurand, the album was recorded and mixed in the venerable Horus Sound Studios in Hanover, and mastered by Robin Schmidt,(Placebo), cover design and artwork came courtesy of Kai Swillus from Gestaltungskommando Buntmetall.

Two For A Lie will be available as CD Digipak as well as highly limited and collectable LP gatefold editions.  The album can be pre-ordered here.

You can check out the video for both ‘Teutonic Order’ and ‘Venom’ right here at RAMzine.