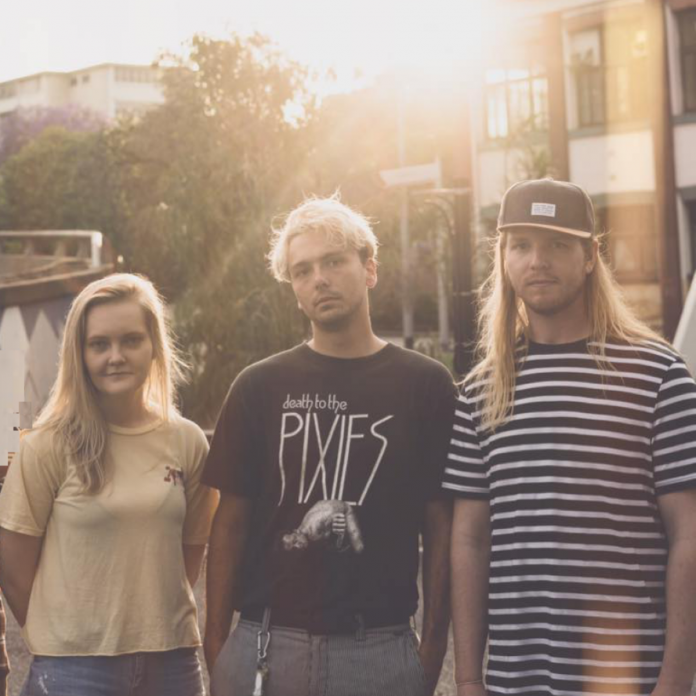 ‘Walking Home’ is a sonic punk anthem about bumping into your ex and hooking up; don’t do it! In four and a half minutes you will ride a wave of anger, bitterness, and cynicism, peppered with desire and lost love. Backed by blistering guitars, wild drum fills that impossibly stay in time, and supersonic soundscapes that layer upon themselves to create gooey waves of punk rock goodness.

Hey Baby! began eight years ago when 16-year-old Kacper Majchrowski first learnt how to record his musings on a computer, using a simple drum machine and running guitars and basses through a preamp.

When Kacper made the move from Sydney to Brisbanein Australia he met drummer Jaeger Brodie while jamming at a house party, the pair bonding over a similar music tastes. This later inspired the name of the band’s debut EP Couch House after the name of the hang out spot.

Wanting to form a band, they put a call out on the internet for another guitarist, that was answered by local shredder Sam Wilson – who impressed the pair with her lightning fretwork. After losing their bass player to bigger and better things, the band enlisted Callum Young, the guitarist of Jaeger’s other band The Jumpkicks to play bass and the quartet launched straight into recording their sophomore EP.

Since releasing their debut single ‘1800-Weed’ the band has toured and lit up may a stage.

You can pre-save/order ‘Walking Home’ here.