Hollywood Stars Live on the Strip! 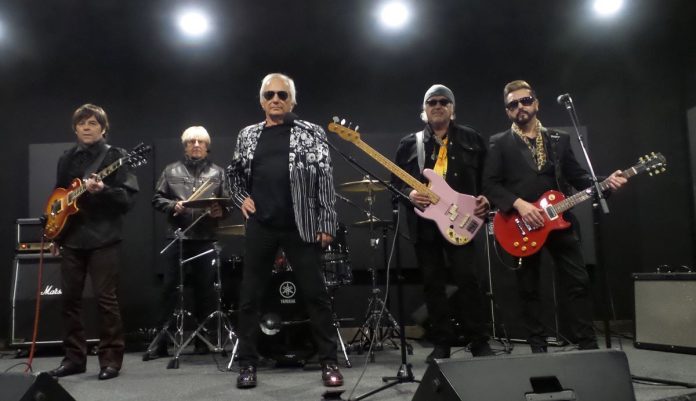 Featuring a high energy performance and out now is Live On The Sunset Strip, a new album featuring the Tinsel Town’s legendary act The Hollwood Stars.

The band, whose songs were covered by the likes of Kiss and Alice Cooper, is back together again after some 40 years, and are now signed to Golden Robot Records.

Featuring an introduction from well-known radio host and honorary mayor of the Sunset Strip, Rodney Bingenheimer, the tracks on the album range from hard driving, to whimsical, to beautiful and back again. Guitar work is complimented by three and four-part harmonies throughout. It is the very best of the band’s three albums worth of material with recent updates and arrangements.

Tracks featured are: ‘King Of The Night Time World’, ‘Escape’, ‘Sunrise On Sunset’, ‘Band Introductions’, ‘All The Kids On The Street’, ‘Supermen Are Always Gentlemen’, ‘Modern Romance’, ‘Tough Guys Never Cry’, ‘Shine Like A Radio’, ‘Too Hot To Handle’, ‘Make It To The Party’ and ‘Habits’.

You can order Live On Sunset Strip here.