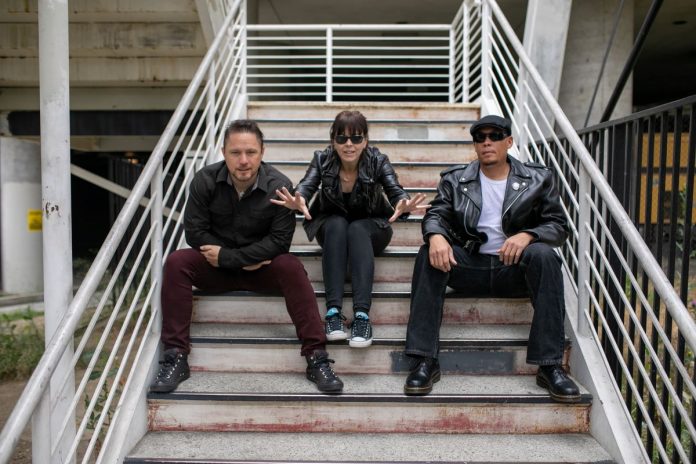 The brainchild of charismatic front-woman Hillary Burton (the debut release Futura in fact being a solo project with her playing all the instruments, Honeychain became a fully-fledged band in 2016.

The band’s first full-length album, Crush, was produced by Kim Shattuck (The Muffs & The Pandoras) and was released in 2017, along with a handful of videos, including the song ‘Messy Love’ with a cameo by Shattuck, who played lead guitar on the track. Shattuck, who passed away last year, also co-wrote the track ‘Late Night Movie Show’ that appears on Pocket Full Of Good Luck.

Burton’s compositions are said to combine the classic sophistication of The Shangri-Las with the introspective jaggedness of The Buzzcocks. Alongside her on vocals and guitars, Andre Tusques plays bass guitar and backing vocals and Loye Aubrey Jr plays drums.