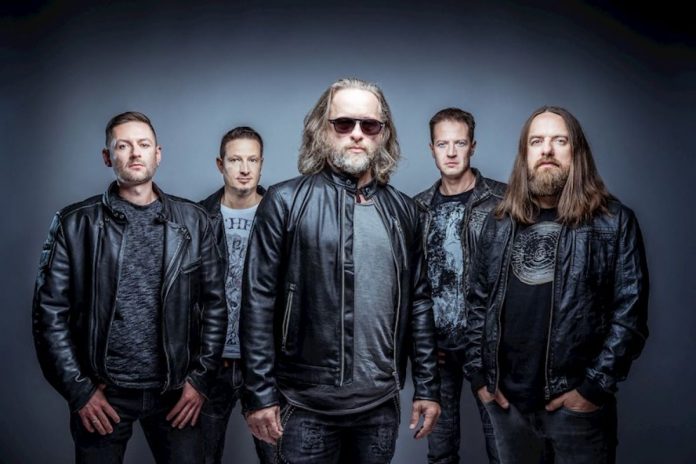 With new album Inside Internal Infinity out now on Drakkar Entertainment, Silverlane release their storming new single and video ‘Medusa‘.

“There is a lot of passion, pain and despair in this song,” Guitarist Chris commented.
“Especially mirrored by its dramatic middle section, which almost lets you feel these feelings. The basic statement is “As beautiful as love is, it can also be destructive”.

“It’s one of our heavier songs that let the guitars and the forward-lashing drums literally screw themselves between the listener’s eyes. Beauty passes – the music stays! Be careful who you let into your life, it could be that you freeze to stone!“

It follows previously-released singles, ‘I Universe’ and ‘Für Immer Und Ewig’ (featuring Patty Gurdy on guest vocals), and you can watch the official videos to all three here at RAMzine.

The story goes, that once upon a time in beautiful Franconia, some young people got together to make music. That, or something like that, is how the story of Silverlane could begin. The roots of the band go back to 1995, when three brothers Chris, Dodo and Simon, formed a family band in their parents’ garage.

After releasing two albums on Drakkar Entertainment between 2008 (My Inner Demon) and 2010 (Above The Others) and touring as support to Lordi and Doro Pesch, things went quiet. Children were born, houses were built, marriages were made and divorced again… But now Silverlane is back!

Inside Internal Infinity was produced by Simon Michael, who said: “They’ve always been good at that and with Tom they’re even better!”

The singer himself noted: “With Silverlane we all let off steam musically, experiment and simply have a lot of fun. The songs and especially the very harmonious and meticulous work with Simon as producer made it very easy for us to get the best out of ourselves!

“Personally, I think it’s a shame that bands nowadays don’t dare to do anything or don’t polish their songs enough. They just want to sound like what the market demands at the moment and that’s enough for them.”

Klossek’s joining the band proved quite a surprise for all concerned, as he noted:

“Actually, I had already given up on finding a suitable band and didn’t have the energy to start all over again. I’d had to do that too many times in my life, but when I listened to the songs for a stand-in gig at Rock im Harz, I immediately noticed the love of detail and the vibes that were created. After the gig I immediately asked the band if we didn’t want to start again together. Silverlane 2.0 so to speak.”

You can buy/stream the singles here.