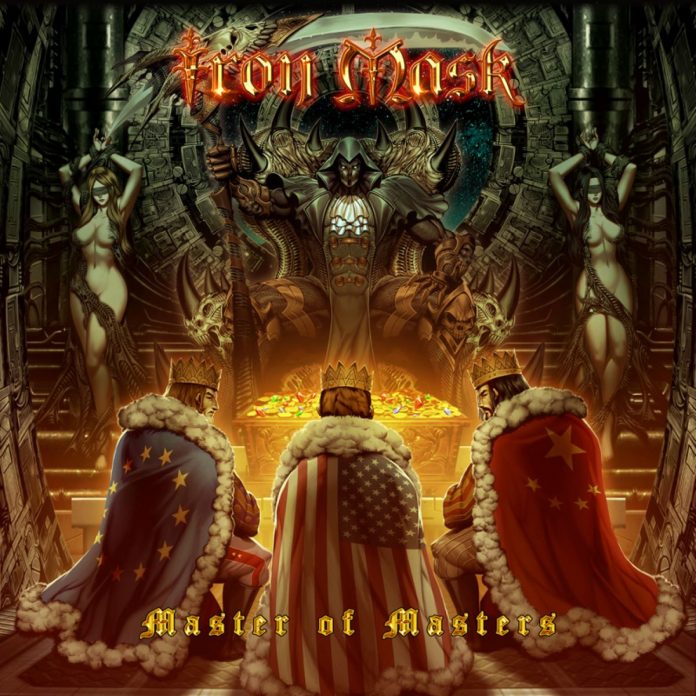 Belgian power metal band Iron Mask return after a four-year break with a new album called Master of Masters due on out 4th December from AFM Records, and that’s been pre-empted by the release of a couple of singles.

The tracks featured on the album are ‘Never Kiss The Ring’, ‘Tree Of The World’, ‘Revolution Rise’, ‘One Against All’, ‘Nothing Lasts Forever’, ‘Dance With The Beast’, ‘Wild And Lethal’, ‘Mist Of Loch Ness’, ‘My One And Only’, ‘A Mother Loved Blue’, ‘Sagittarius A’ and ’Master Of Masters’.

The first single to drop was ‘Tree Of The World’ – This features slight Celtic influences, galloping drums and a six string solo that’s been described as “jaw-dropping” from the band’s own guitarist Dushan Petrossi.

The song itself, and album too, is about the Slavic god Svarog and the world tree that carries the earth, hell and heaven.

You can watch the video for ‘Tree Of The World‘ right here at RAMzine.

The band has been together some 20 years, recording six albums in that time, and Dushan has written 12 new songs for their latest one. Pure metal, an easy-listening feel with progressive touches, orchestrations with virtuoso playing and catchy melodies are all promised.

Petrossi, bass player Vassili Moltchanov and drummer Ramy Ali have been joined in this their latest venture by new vocalist Mike Slembrouck, alongside Oliver Hartmann (Avantasia, Hartmann) who supplies guest vocals on one track and is part of the choir throughout.

The band followed that first single with ‘One Against All’ and you can check out the video for that one right here too.

Most recently, Iron Mask has delivered a third single for public airing, alongisde a new video. That’s for ‘Wild And Lethal’ and you can catch that here too.