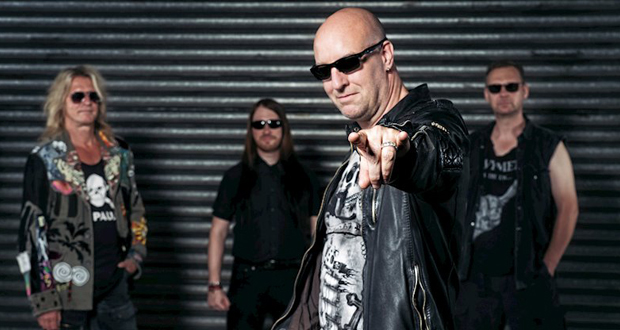 Iron Savior – On a Mission!

Available through AFM Records, it will be  the 10th album founded by vocalist/guitarist Piet Sielck back in 1996, and now featuring Joachim ‘Piesel’ Küstner (guitars), Jan S. Eckert (bass) and Patrick Klose (drums),

Kill Or Get Killed sees something of a departure from their earlier concept albums in that the artwork and lyrics are unusually grim, on which he noted: “We just were up for something new, and I was inspired by the book The Star Of Pandora, a sci-fi novel about the destruction of humanity by an alien civilisation.”

Their latest single is the title track and you watch the official lyric video for it right here at RAMzine.

Previous: Stahlmann – Kinder Den Sehnsucht
Next: The Curse of Lono