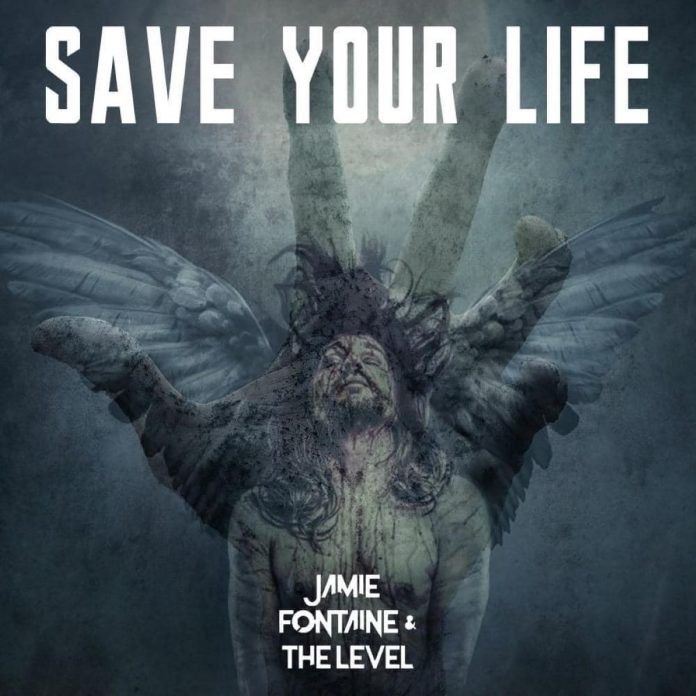 When Green Bay, Wisconsin rock act Jamie Fontaine & The Level released the single ‘Save Your Life’ it rocketed up the charts on radio stations in secondary and tertiary rock markets, coming out the gate as Most Added and has now blazed its way to #20 on the Billboard Mainstream Rock Indicator chart and #7 on the Concrete/Foundations Radio chart respectively.

The Stryker Records rock act were discovered by industry veteran Holly Hutchison during one of her coordinated AnRGirl Road Showcase events.  After receiving valuable A&R direction and guidance, Jamie Fontaine & The Level hit the preproduction studio writing a handful of solid new material. Upon hearing the single ‘Save Your Life’ Hutchison knew that it was worthy of taking to radio. She immediately assembled a team to begin building the Green Bay, WI based quartet’s profile and the rest is, as they say, history.

As for the song context, Fontaine recalled, “The song began as a story of a failed relationship, one you literally need to save your life from.” However, on Tuesday, June 16, 2020 at approximately 3:00 pm CST the song’s meaning took an ominous turn – a stranger tried to stab Fontaine in the head with a knife while working his day job.

The frontman explained, “The stranger stood at the top of the steps looking down at me with a buck knife clenched above his head. I was working on a door in the corner of an apartment complex corridor. I could not believe this was really happening. He came charging down, psychotically lunged at me. As the knife was about a foot from my face, I took him to the ground with a combat like move I never knew before. All I could do was think I have to save my life …The life of others only a few feet from me. “

Suitably impressed, we suggest you Jamie Fontaine & The Level the courtesy of listening to their video for ‘Save Your Life’.