Convulsif break all the rules in new EP, ‘Extinct’ 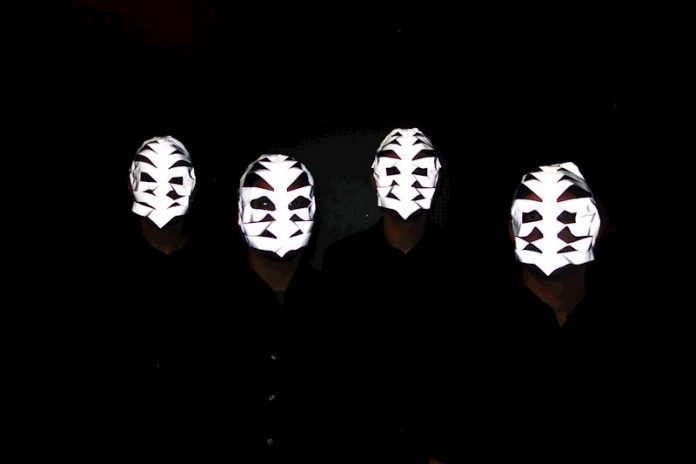 Extinct is the latest EP from Convulsif, an experimental quartet hailing from Switzerland. These guys have made their mark with their utterly distinctive music driven by an ambition to, so it seems, be as unlike anything you’ve heard before.

This release makes one thing perfectly clear – do not come to this EP for conventionalism and the same-old. Expect your ears to be taken to place they’ve never been to before and maybe places these guys didn’t even know they were going. The organic feel of the EP certainly comes through in the improvised elements of the songs. Tracks such as ‘Buried Between One’ and T’he Axe Will Break‘ show both craft yet unpredictability. At times they’re a complete sonic quagmire held together with a heavy, doomy bass that showcases a side akin to the murkiest sludge metal. However, the group bring them to a crescendo finish in the veins of grindcore.

Convulsif are certainly more than just about pushing music to its extremities, though. Other songs bring soundtrack-like moments with atmospheric grandeur, such as in ‘Five Days of Open Bone.’ Other more familiar moments of the EP come in ‘Surround the Arms of the Revolution‘; suitably titled to reflect its very punkish vibe and shows off the groups more aggressive, forthcoming sound. Though a short track, it’s a highlight of the release and makes for a good strutting song that begs to be put on repeat.

Extinct is not going to be everyone’s cup of tea, but welcome to the world of experimental music. This EP is remarkably unique, avant-garde and unapologetic. It is out October 23rd via Hummus Records.