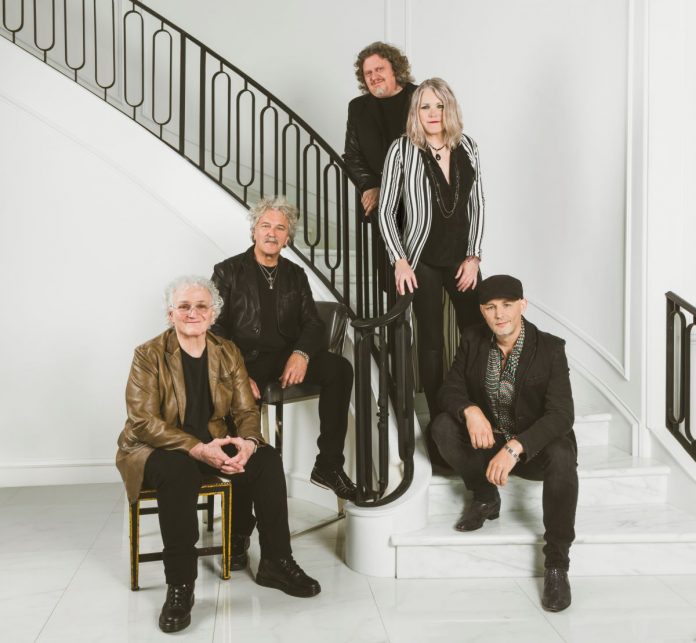 From the name alone, it’s fairly obvious, Jefferson Starship was a spinoff from legendary San Francisco psychedelic rock band Jefferson Airplane. The rock band would take off to receive eight gold or platinum selling albums of their own, alongside hit singles from their formation in 1974 to them initially retiring in 1985.

Following the release of their own solo albums, vocalist Grace Slick and rhythm guitarist/vocalist Paul Kantner put the band together, taking in fellow Airplane members like Marty Balin and David Freiberg, plus various new recruits, all of whom came and went along the way.

The band reformed in the early 90s, with various claimants to the name before legal settlements were reached, and saw Kantner leading their revival until his death in 2016.

Fellow founding member, singer/multi-instrumentalist David Freiberg has since taken over Kantner’s mentoring position. Frielberg have previously been a member of Quick Silver Messenger Service and Jefferson Airplane during that band’s final year.

Jefferson Starship is completed by long-time drummer Donny Baldwin (who joined in 1982 and also played and sang on many of the band’s hits), lead singer Cathy Richardson (whom Kantner recruited in 2008), 25-year veteran Chris Smith on keyboards, and lead guitarist Jude Gold, who joined in 2012.

The current line-up of the band state that they are dedicated to breathing new life into the band’s timeless music in their live shows. To this end, massive hits such as ‘Jane’, ‘Miracles’, ‘White Rabbit’, ‘Somebody To Love’, ‘Volunteers’, ‘We Built This City’, and ‘Nothing’s Gonna Stop Us Now’ continue to reverberate all over the world – Their intent throughout to passionately try to change the world, and stay true to the original spirit of all things Jefferson Starship.

Last summer, the band brought out their first collection of new songs in what had been 12 years, with the EP Mother Of The Sun. Released through Golden Robot Records it became available in  stores and assorted streaming platforms, with the subsequent release of singles and videos that continue to this day.

Commenting on the record, Richardson said: “Paul Kantner was our bandleader and the visionary who kept Jefferson Starship going through so many eras.

”He inspired so much about this record, from the messages in the lyrics to the title and album art to the collaborative process of creating music as a band with some of his original muses – Grace, Marty, and Pete. Mother Of The Sun is dedicated to PK.”

While Jefferson Starship’s current members have been touring incessantly (including playing five continents with Kantner before his passing in 2016), Kantner’s final “crew” has mostly been riding out the pandemic in their homes. However, that hasn’t stopped them from planning a massive 2021 tour to support Mother Of The Sun, with new dates expected to be announced this Autumn.

In the interim, you can read RAMzine’s review of Mother Of The Sun by clicking here.  While videos for the singles ‘It’s About Time’ (still available here),  ‘What Are We Waiting For’ and most recently ‘Setting Sun’ (that you can stream/buy here) can all be watched here within this feature.

New single ‘Setting Sun’ features David Freiberg on lead vocals, is highlighted by Jude Gold’s slide guitar, with the bluesy rock anthem, penned by Richardson and Freiberg telling the story of a fugitive on the run.