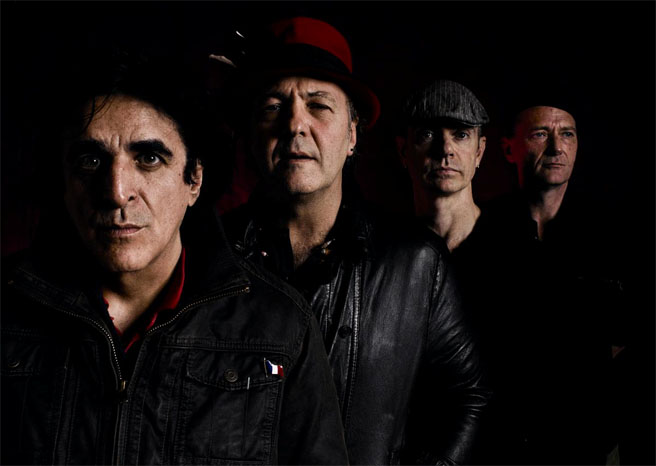 Celebrating their 35th year in the music scene, post-punk legends Killing Joke released a boxset compiling all their singles from 1979 to the present day.

The video is directed by former SikTh frontman , Mikee Goodman. Goodman had this to say about working with the legends:

“This video has been my biggest creative challenge yet. I had never previously met Jaz Coleman, but I was blown away by the powerful and passionate performance he delivered … I did not sleep properly for five weeks. Now I have, I have looked at it again with fresh eyes. And smiled.
… I was honoured to be asked to make a music video for Killing Joke, and so pleased to hear they liked it”

This boxset has got rave reviews across the board, to promote the boxset the band have released a video for their latest single Corporate Elect:

Killing Joke have just signed a new deal with Spinefarm Records and will be recording a new album very soon. This album is set to be released in 2014.