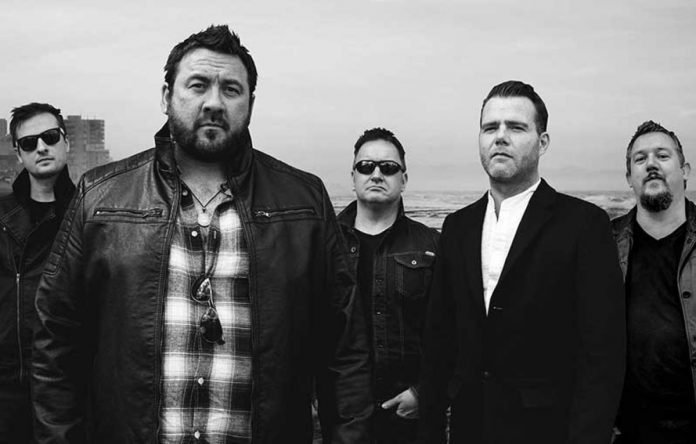 The coronavirus may have everybody down and singing the blues, but rock band King King isn’t going to let it beat them. Out now is their new single ‘Never Give In’ taken from their upcoming album Maverick.

“‘Never Give In’ was a song that came out of a number of similar ideas that I couldn’t quite settle on,” said vocalist/guitarist Alan Nimmo. “So eventually when it blossomed and presented itself to me, I knew what we had to do with it! I wanted to have a big sound with plenty of space, a classic rock song that still said, ‘King King!’ It’s a song about grit and determination, a willingness to keep on trying and “never give in”; obstacles will always get in the way but how we deal with them is our strength!

“This song was a lot of fun to record… I loved watching the lads in the band doing their thing and creating such a cool groove for me to be able to sing to! Most importantly, we had great fun doing this and indeed the whole album! It’s wonderful when everyone pulls in the same direction and to see such care for what was best for the overall sound and the album from everyone was very humbling for me!”

Check out the video for it right here at RAMzine.

Alas the album’s release date has been moved from October to 6th November… but then the nearer it is to Christmas the more likely it is that if you ask nicely Santa can  pre-order you a copy from the band’s website.