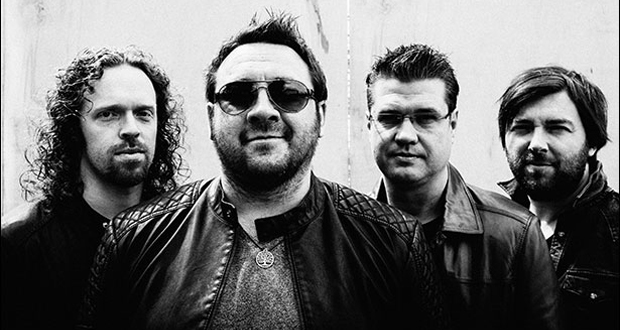 Having only just completed a sell-out UK tour award-winning blues rock band King King will be doing it all again this November, with special guests Broken Witt Rebels along for the ride.

King King will be releasing a new live album available on CD and digital download this October from Manhaton Records in time for the tour. The album will include a full audio performance from live in Glasgow, plus exclusive DVD footage filmed at the Holmfirth Picturedrome.

“We’re determined to take King King to new heights,” said lead singer and guitarist Alan Nimmo. “We enjoy winning over new fans who’ve discovered us for the very first time. We’re also excited to have Broken Witt Rebels supporting us on our November tour, as they are a fine example of how a young rock group can connect to their rock and blues influences and still make it sound fresh and exciting.”

Birmingham blues rock band Broken Witt Rebels have been causing quite a sensation themselves following their self-released Georgia Pine EP. So much so that fan-driven interest prompted them to rush release the track ‘Guns’ as a single from it, with Youtube hits for its video almost reaching the 500,000 mark. The band being fans of King King themselves, as they were in the same row as RAMzine when reviewing the Scottish band’s Birmingham Town Hall concert. 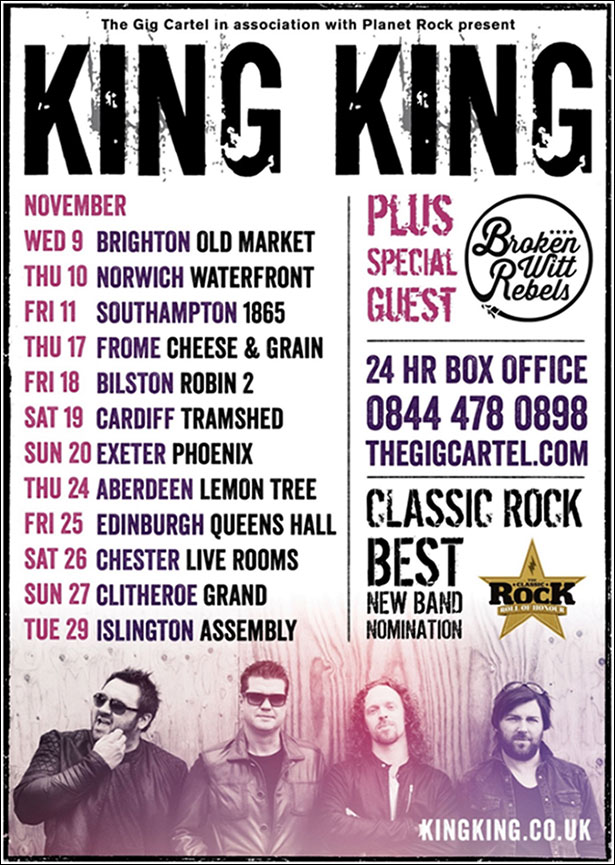