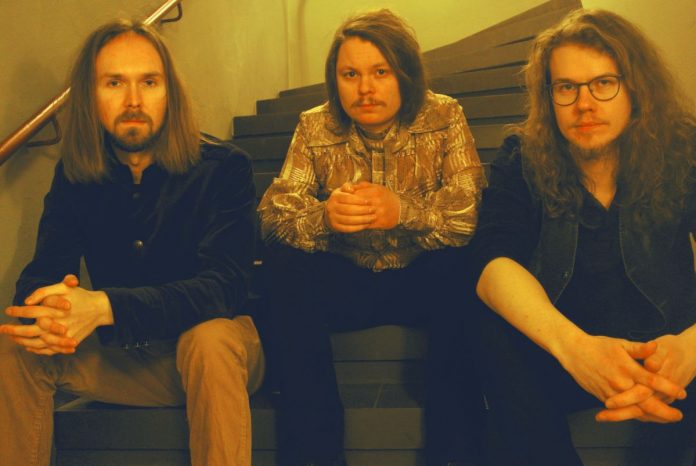 They’re called King of Sweden but they’re actual a progressive rock band from Finland, who’ve just released ‘Dreaming About The Emerald’, their latest single and a peek into their forthcoming 6-track album, The Training, due on Crusader Records.

Founded in late 2019 by guitarist and singer Sampsa Nelimarkka, drummer Janne Savela and bass player Erkka Heinilä, the trio had actually played together in the past. Backthen Nelimarkka was on bass and Heinilä on guitar, in switching instruments they found their sound.

Said to have echoes of bands like King Crimson, Genesis, Gentle Giant and Yes alongside modern prog bands like Porcupine Tree, Dream Theater and The Pineapple Thief, jamming and improvisation remains an important part of their music, alongside more structured compositions.

New single ‘Dreaming About The Emerald’ has been described as dreamy and energetic musical landscape and you can purchase it by clicking here.