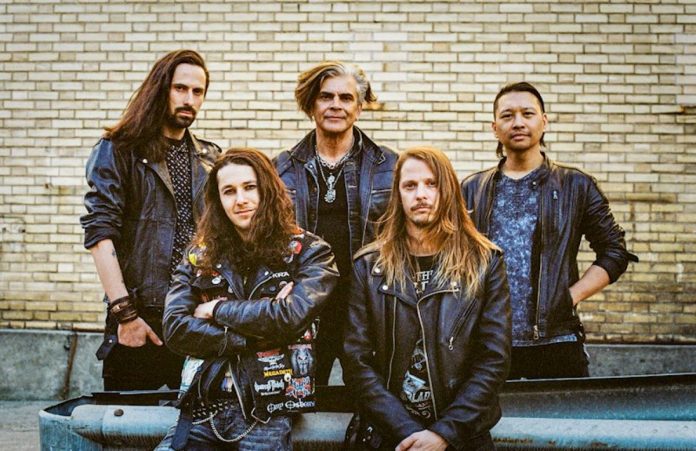 Swiss hard rockers King Zebra are set to release a new album later this year, but ahead of that comes the single ‘Wall Of Confusion’ out on 18th May, through Crusader Records, it will be available on all digital platforms.

‘Wall Of Confusion’ also features guest vocals from Guernica Mancini of Thundermother, and her contributions are said to be “stunning.”

King Kebra consist of Eric St. Michaels, Roman Lauer, Jerry Napitupulu, Manu Judge and Ben Grimm. Their debut single ‘Bad Idea’ was released in 2017, followed by three more in ‘That’s What I Like’, ‘Firewalker’ and ‘Like A Hurricane’.

In 2019, they released their eponymous debut EP, with the track ‘Firewalker’ gaining over 1.3 million streams on Spotify.

The last three years have seen the band supporting such iconic bands as Lynyrd Skynyrd, Uriah Heep and Rose Tattoo, playing festival dates and touring abroad from their native Switzerland.

In the year that brought on the global pandemic, 2020, King Zebra spent three weeks in Gothenburg, Swedem to produced their upcoming album with Oscar Nilsson (Hank Von Hell, Engel, We Sell The Dead) for release this year.

You can pre-save/order ‘Wall of Confusion’ here.