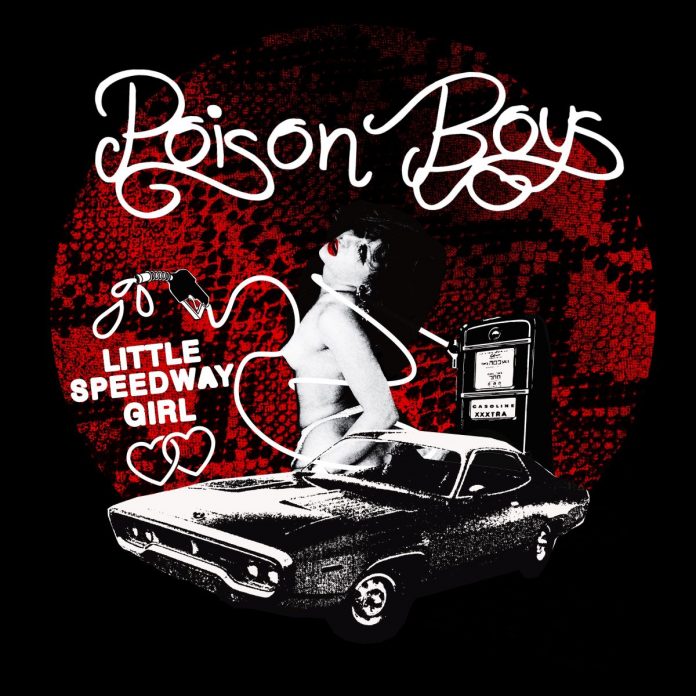 ‘Little Speedway Girl’ is about meeting a girl at a gas station. And not just any gas station… Speedway. It lines the midwestern US on almost every corner. This person meets a girl who judges a book by its cover and initially thinks he sucks. But after talking with him, she realises that he is not so bad. She ends up telling him to stick around till she’s off work to hang out.

The huge chorus has had punks singing along since the song initially appeared on the b-side to 2017’s ‘Bad Mouth’ 7″ single, and the song is finally getting its due here re-recorded for forthcoming album, Don’t You Turn on Me.

According to who you talk to, rock and roll is either dying out, evolving, or back in full swing. In the case of the Poison Boys from Chicago, they’re pumping new life into the genre and keeping it as punk as possible.

Staying true to the sounds of late 1960s/early 1970s protopunk bands like The Stooges, New York Dolls, and Flamin’ Groovies, and mixing them with late 1970s New York and UK punk bands like The Heartbreakers, Dead Boys, The Vibrators, and Slaughter and The Dogs, with a little Hanoi Rocks glam for good measure, the band has been described as a “breath of fresh air in today’s punk and rock and roll scene”.

Now signed with Golden robot Records’ imprint Riot Records, Poison Boys has released a number of singles and music videos for their upcoming album Don’t You Turn on Me, (‘Nothing but Darkness,’ ‘Dick in the Dirt,’ ‘Can’t Get You Out of My Mind’) and you can order ‘Little Speedway Girl‘ here and watch the video for it right here at RAMzine.

You can hear also Poison Boys on Spotify here.